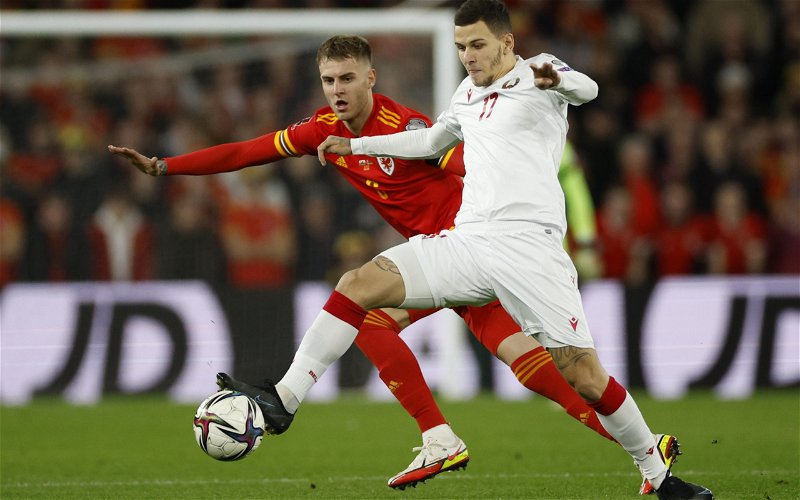 Newcastle United have considered a move for Tottenham Hotspur defender Joe Rodon, according to The Daily Mail.

Clearly, the defence has been a major problem for the club this season.

If anything is going to send them down come the end of the campaign, it’ll be how frequently the team concede goals as only Norwich City have let more in.

With that in mind, a number of defensive options have been linked, although NBN understands Burnley’s James Tarkowski would more likely join West Ham United should he leave Turf Moor. Indeed, Welsh international Rodon is thought to have been discussed, along with Borussia Monchengladbach’s Matthias Ginter.

Who is Joe Rodon and what is his style of play?

A product of Swansea City’s academy, the 24-year-old joined Spurs in October 2020 for around £11m.

A fixture in the Welsh team who impressed at Euro 2020, Rodon’s passing ability was praised by The Athletic and Ryan Giggs – who coached him at international level – even compared him to Manchester United legend, Gary Pallister.

“He (Rodon) is quick. Sometimes you don’t appreciate it,” he said.

“It was the day after a game and we gave some players running drills, box to box. He was running with someone fast and went past them, effortlessly. I thought, ‘Oh, I hadn’t seen that’. It made me think a little bit of Gary Pallister. You don’t think of him as quick but when Pally got into the channels, nobody out-ran him.”

According to FBREF data, he ranks within the top 67% at least of central defenders playing in Europe’s big five leagues over the past year for pressing actions, tackles, blocks and clearances too.

What has Antonio Conte said about Joe Rodon?

Last week, Spurs manager Antonio Conte admitted he saw Rodon behind Eric Dier in the pecking order at the club.

“I see Joe behind Eric Dier in the central position [of the back-three],” he said (via The Evening Standard).