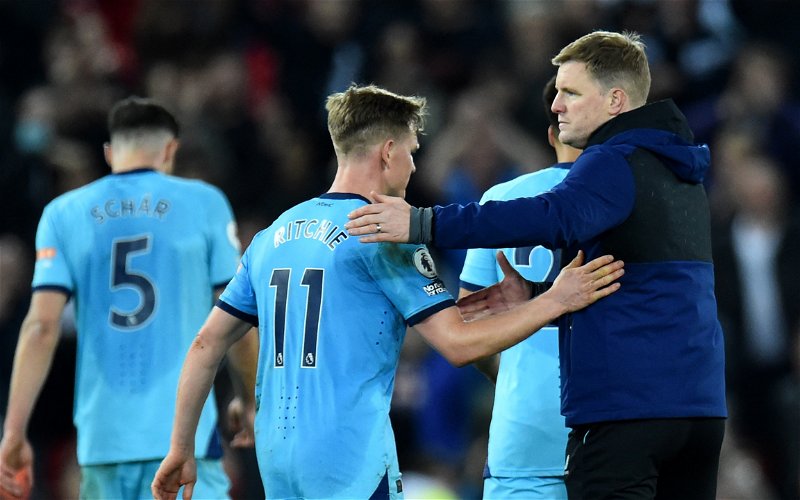 Eddie Howe has given his verdict on the Covid crisis currently engulfing the Premier League and beyond.

According to the Evening Standard, fears are growing in regard to a potential shutdown, although the league themselves have outlined their desire to see fixtures played where safely possible.

Still, it’s increasingly difficult to see where football goes from here. As Covid cases continue to rise, four Premier League fixtures have been postponed for this coming weekend at the time of writing.

Have clubs benefited from a pause before?

Clearly, nobody wants to go back to the dark days of 2020. That much should be obvious and to even suggest it could be a benefit is both crass and offensive, particularly given football matches are nowhere near the most important things in life.

History would tell us, however, that there is perhaps a chance to take stock and build improvements internally. After all, Aston Villa managed to stay up in 2020 after the 2019/20 season was paused during the initial lockdown. Indeed, a statistical piece written in The Guardian in July of that year detailed their improvement.

“Before the lockdown, Villa had been a shambles in defence, allowing opponents 5.64 shots on target per game – the most in the division,” it read.

“The way they turned that statistic around after the restart is nothing short of incredible.

“In their 10 games post-lockdown, Villa allowed opponents just 2.8 shots on target per game – less than half the number they had been conceding before the break and the fourth lowest in the league behind Wolves, Manchester City and Liverpool.”

Obviously, that doesn’t necessarily mean something similar could happen at Newcastle but it does offer at least some kind of precedent.

What did Howe say about the Covid situation?

Speaking after Thursday’s loss at Liverpool, Howe said (via the club’s official Twitter account): “I think the key thing is we don’t want half the games played & half not.

“I think the league loses something if it becomes disjointed. I think a decision needs to be made for the benefit of the league & to make sure there’s integrity through the competition.”