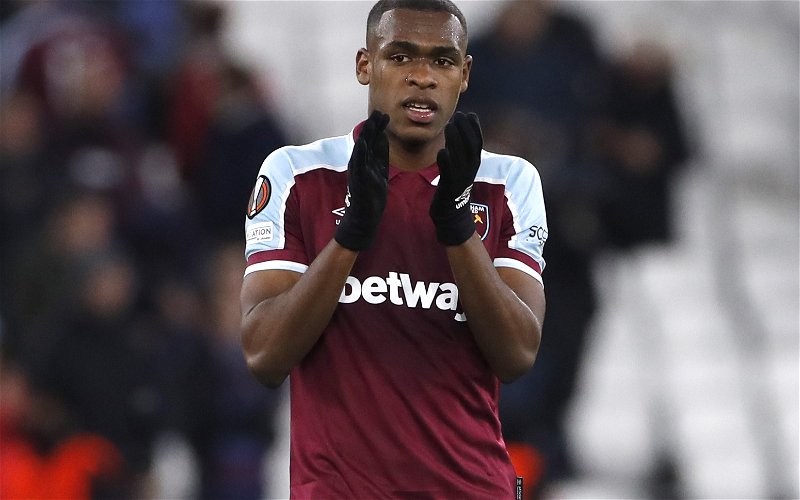 Newcastle United have made contact with West Ham United over a potential move for Issa Diop, according to Foot Mercato journalist Santi Aouna.

Given the chronic problems in defence this season, Eddie Howe is understood to want to strengthen there in the January window.

Indeed, while there have been some improved performances under his watch, the team’s inability to keep goals out is likely to be what condemns them to relegation this season. With that in mind, Diop is said to have emerged as a target.

What could Diop bring to Newcastle?

Howe is also believed to value Premier League experience when it comes to looking for targets ahead of the window which, clearly, Diop has.

Having made 88 league appearances for West Ham since his move from Toulouse, the 24-year-old has often impressed, Described as a “monster” by Jose Mourinho during his time at Manchester United, Diop does boast some fairly favourable statistics.

According to FBREF data, he ranks within Europe’s leading 65% of defenders playing across the major five leagues over the past year for tackles and blocks per game. Outside of Jamal Lascelles, Diop averages more interceptions per game (0.8, via WhoScored) than both Fabian Schar and Federico Fernandez, so could perhaps offer more of a proactive presence at the back.

What has been said about Issa Diop’s future?

Speaking earlier this month, West Ham boss David Moyes suggested he viewed Diop as a key member of his first-team squad, particularly given the injuries to other key players.

“Issa is a really big part of the squad — he always has been and I’ve never considered him as anything else than a West Ham player and a first-team player,” said Moyes (via The Athletic).

“So I see him having a big chance to show exactly what he can do.”