Transfer News: Newcastle may have to break the bank for a striker 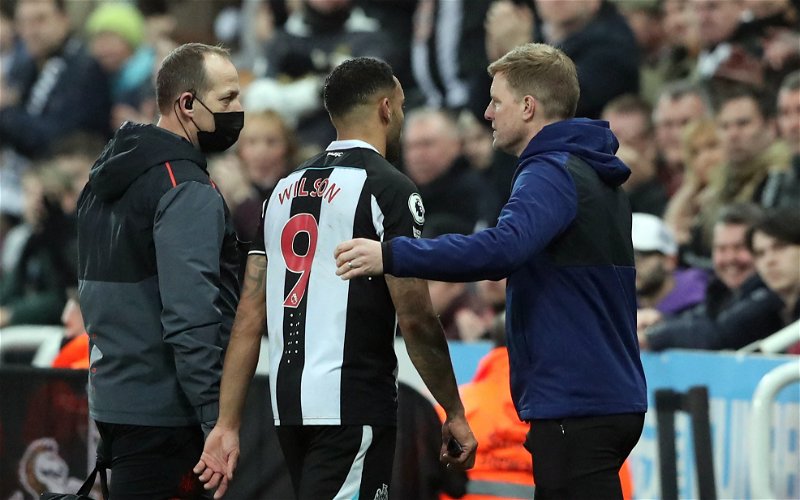 Newcastle United could now rely on PIF’s financial might to land a striker this January, according to The Athletic.

With Callum Wilson seemingly facing months on the sidelines after potentially tearing his calf during the draw with Manchester United, Newcastle’s options up front look bleak.

While Joelinton has impressed of late, the Brazilian appears to have been mouled into a central midfielder by Eddie Howe, while Allan Saint-Maximin have proven to be much more effective out wide. Elsewhere, neither Howe or Steve Bruce have trusted Dwight Gayle this season and even he has been linked with a move away.

Although a new forward may well have been targeted anyway, Wilson’s injury has made strengthening there of the utmost importance. That, sadly, will not be cheap.

What strikers have Newcastle been linked with?

Clearly, Jesse Lingard is not a striker in the conventional sense, but the England international’s prolific record while on loan with West Ham would suggest he could at least carry some of the burden. Nine goals in 16 appearances is very impressive whichever way you look at it.

Fiorentina’s hotshot Dusan Vlahovic is another to have been linked, although it seems a move to a team higher up the footballing food chain (as things stand, anyway) would be more appealing for the Serbian, who has bagged 16 times in 19 games this season.

Elsewhere, Divock Origi was touted as a potential target, although Liverpool manager Jurgen Klopp seems unlikely to allow the Belgian to leave, particularly with Mohamed Salah and Sadio Mane heading to the African Cup of Nations.

What has been said about Newcastle and a striker?

Speaking to Football Insider, pundit Gabriel Agbonlahor suggested the club must rely on their financial backing to sign someone as good as Wilson.

“They’ve got something that other teams haven’t got – a maximum bank balance to spend in January,” he said.

“If they wanted to, they could go and replace Wilson with someone who can keep them up. If they can do that, they will do it.

“The January transfer window is going to be huge for Newcastle.”