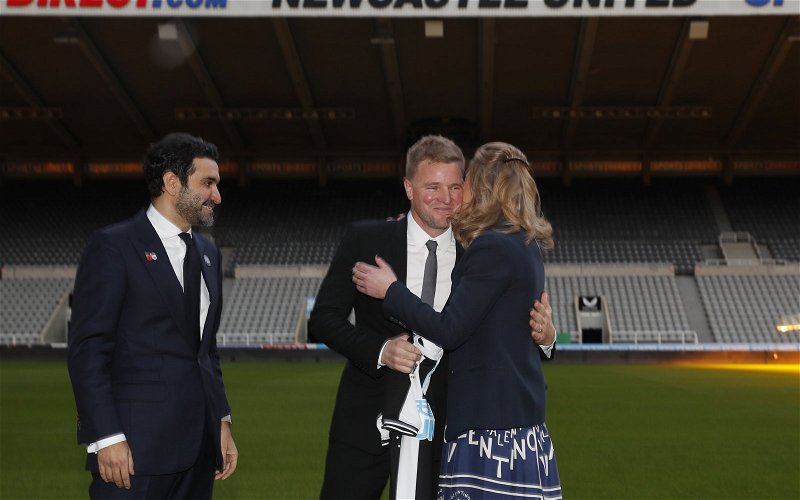 Eddie Howe has arranged a team-bonding session to start to try and turn Newcastle United’s season around, according to Sky Sport’s Keith Downie.

With Howe finally announced as Steve Bruce’s successor, attentions now turn to what would be quite the rescue mission.

The former Bournemouth manager walks into a side winless in their first 11 games and five points adrift of safety, with a tricky festive period to navigate before the January transfer window opens.

Still, the 43-year-old has spoken about his belief that he can turn the tide and keep Newcastle in the Premier League before potentially building for the future.

What did Keith Downie say?

Has team morale been bad at Newcastle?

Clearly, it’s hard to know exactly what is going on behind the scenes but some of the reports that emerged during the Steve Bruce era were concerning.

The 60-year-old is believed to have fallen out with the likes of Isaac Hayden and Matt Ritchie in 2021 alone while The Daily Mail claimed one star player was even returning to his former club for training programs in order to keep up his fitness up, such was his lack of belief in the regime on Tyneside.

So then, to potentially try and heal previous wounds seems like good use of the international break.

What has Eddie Howe said about the prospect of relegation?

Speaking to Sky Sports, Howe did not make any promises about keeping Newcastle up but did talk of his belief that they could beat the drop.

“I’m absolutely confident we can, but I make no promises on that,” he said.

“All I can do is lead the club to the best of my abilities. I will give 100 per cent every single day to try and bring success to Newcastle.”