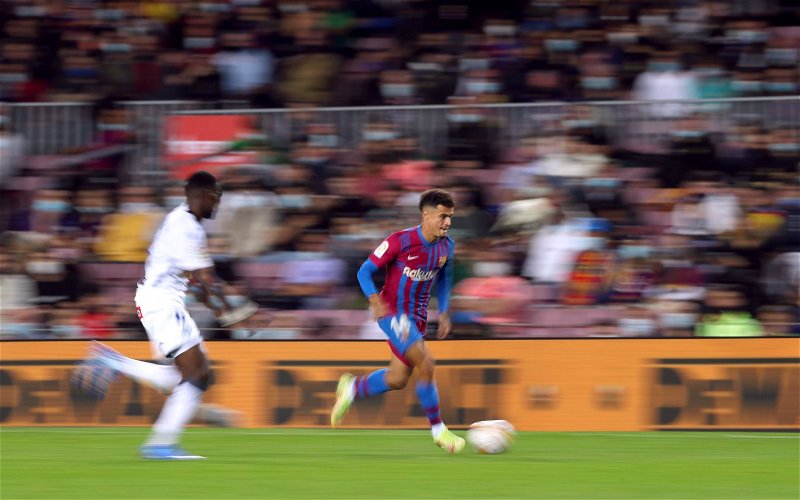 Barcelona are eager to sell Philippe Coutinho to Newcastle United in January, according to Sport (via Sport Witness).

The Liverpool star’s time at the Camp Nou has gone very badly indeed. Indeed, despite being one of the most expensive players of all time, Coutinho was farmed out on loan to Bayern Munich not long after joining and has only actually made 101 appearances for the club since January 2018.

As a result, as well as his eye-wateringly high wages (which Salary Sport claim to be in the region of £380k-per-week), the Catalan giants are understood to be wanting to sell him in an effort to raise funds for new manager, Xavi Hernandez.

The report also suggests those at Barca are watching developments Newcastle intently, given the new owners are likely to spend in January with the first-team in a dire Premier League position.

Though Manchester City made a superstar signing in the form of Robinho during the early days of their new era back in 2008, The Daily Telegraph recently claimed that was unlikely to happen at St James’ Park.

While a budget of £50m will reportedly be made available to Eddie Howe, buying players suited to fighting relegation and pushing up the league incrementally seems much more likely when the market reopens at the turn of the year.

Coutinho, while experienced in the Premier League, would be walking into a situation where he would instantly be heralded of the saviour of the team, considering where he’d be coming from.

Clearly, the Brazilian international is a talented player, but after such a difficult few years, adapting to life in Newcastle straight away and performing at a high level might be an awful lot to ask. On those kind of wages, too, the 29-year-old would set the club millions.