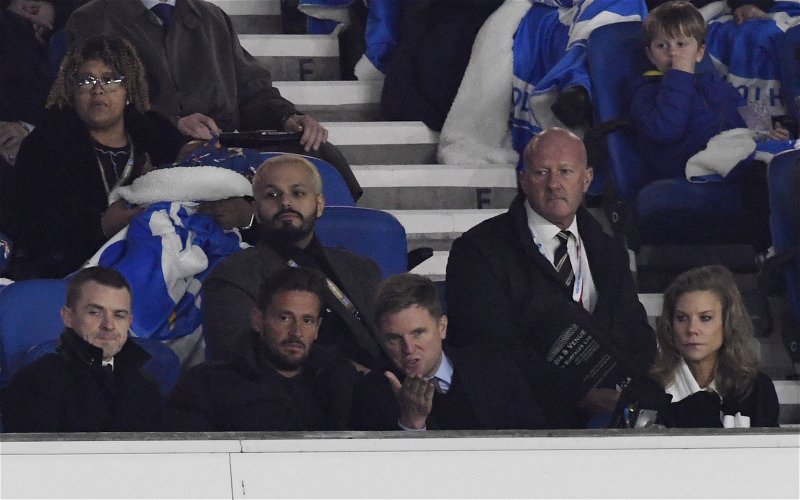 Newcastle United will not be making superstar signings over the course of the January transfer window, according to The Daily Telegraph.

Given the club’s dire situation in the Premier League at the moment, as well as newfound riches off the pitch, it’s perhaps tempting to imagine a scenario in which the new owners look to splash the cash in order to pull off what would be quite the rescue mission.

Still, the report suggests that a budget of around £50m will be available to new manager Eddie Howe and that the club will also look to utilise the loan market.

What is Eddie Howe’s record in the transfer market?

Indeed, while he was somewhat limited at Bournemouth in terms of attracting truly top level players to what is a reasonably small club, major money was wasted on the likes of Jordon Ibe and Dominic Solanke.

Interestingly, however, Howe did manage to pick up bargains when Bournemouth were further down the footballing period, such as Callum Wilson, Ryan Fraser and Danny Ings.

During his interview, the report also suggests Howe impressed the Newcastle owners with his “expertise” in how to grow a football club from a low base, having taken his former club up through the divisions.

Who will be making the decisions at Newcastle?

That is still unclear.

Howe has been announced as the team’s “head coach” which would perhaps point to a more continental-type situation where a director of football comes in to work closely with those higher up. Chelsea’s Michael Emenalo is the latest to be linked with that particular post.

Clearly, there are many questions to come on that front but, for now, it’s positive that Newcastle finally have their first coach of the post-Mike Ashley era.