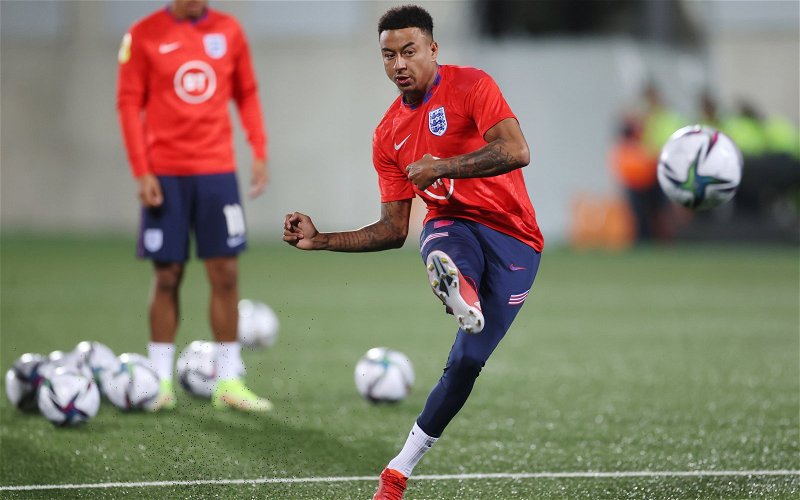 Manchester United could be willing to sell Jesse Lingard for as little as £15m this January, according to The Sun.

While we are some way off the transfer window opening, the club’s recent takeover has sent the proverbial rumour mill into overdrive. Indeed, the great juxtaposition of Newcastle United at the moment is their struggles towards the bottom of the Premier League against their newfound riches off the pitch, likely increasing the urge from supporters to see players signed in January.

Lingard, who is out of contract at Old Trafford at the end of the season, was reported by The Daily Telegraph to be one of the names the new regime are considering ahead of their first transfer window.

Now, there are claims his current club would be willing to accept a £15m fee for the England international in the coming months.

Would Lingard be worth £15m?

It seems almost too obvious to suggest Lingard would be a good signing for this Newcastle side. A hugely experienced player at the top level, he excelled on loan at West Ham United last season and his averages for shots per game (2.6, via WhoScored) and key passes over the same period (1.1) in East London would have ranked him first and fifth in Steve Bruce’s squad in 2020/21.

At 28, it wouldn’t exactly be the most long-term signing in the world but, for £15m, it seems like a relatively inexpensive way of immediately strengthing Newcastle’s attacking options. With Callum Wilson proving injury-prone, Lingard could perhaps supplement the striker’s goal threat and take some pressure from his shoulders.

If this kind of deal is on offer, the new owners would be wise to take it.