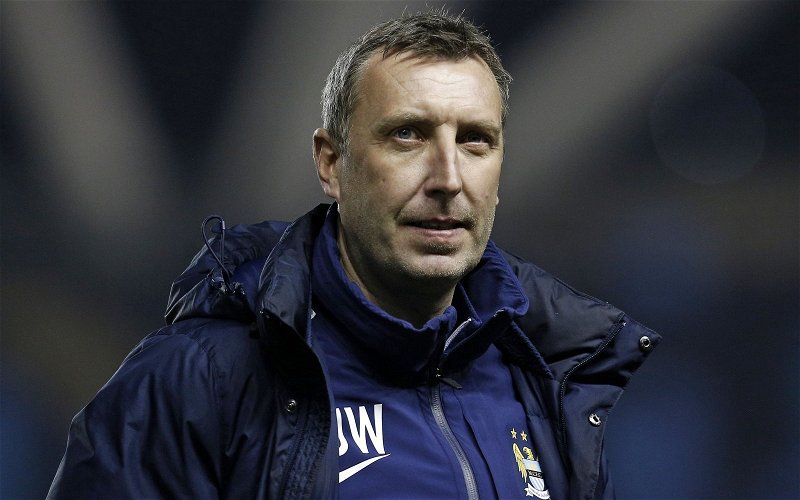 Following the whirlwind takeover that now, at least financially, puts Newcastle United amongst the world’s leading clubs, plenty of names have been linked with a move to St James’ Park. Indeed, it’s clear that the club are in dire need of a restructure both on and off the pitch and The Daily Telegraph recently claimed Wilcox was a target for the sporting director role in the new project.

Who is Jason Wilcox?

The former Blackburn Rovers winger – who won the Premier League alongside Alan Shearer at Ewood Park – took over City’s academy in 2017 and is highly rated behind the scenes at the Etihad, according to The Northern Echo.

What has been said about Wilcox?

Whelan told FI274: “You’ve got to be successful in the job that you do. Jason was a great player, a great player for Leeds. He’s been at Man City, a long, long time now and he has the contacts.

“He does have that experience that you expect to go from Man City’s academy to a first-team role. I don’t think that would be a bad appointment, absolutely not.”

Why do Newcastle need a sporting director?

As exciting as the idea of superstar signings is, Newcastle need to start building from the ground up.

While, obviously, the situation isn’t as dire as at some clubs in the lower divisions, there is a distinct lack of infrastructure in place and the takeover is surely a long-term project. In order to start challenging, a plan must be formed and, in order to do so, appointing a sporting director would appear to be a logical step.

Manchester City, Liverpool and Chelsea all have similar figures in place, as well as many big teams on the continent. Clearly, there’s no absolute guarantee that would work on Tyneside but it is a step many of the clubs Newcastle would like to emulate have taken.