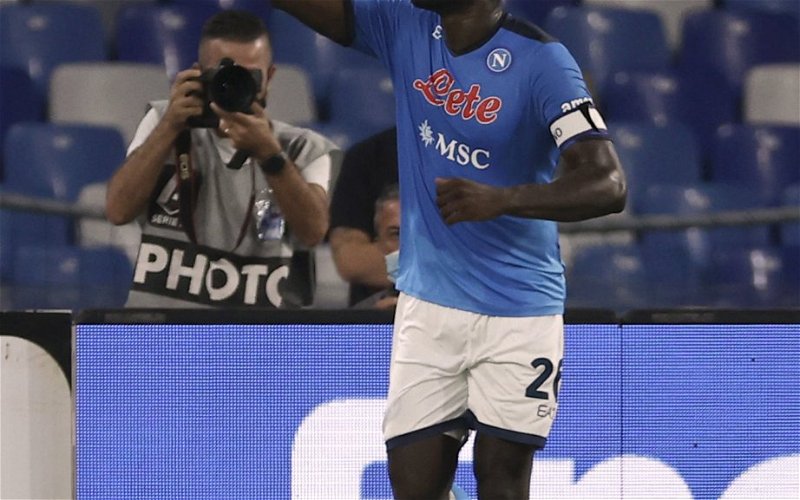 Newcastle United are keen to make Napoli defender Kalidou Koulibaly their first major signing of the new era, according to Football Insider.

Now that the club are backed by new owners, expect the transfer rumour mill to go into overdrive. Indeed, what has been clear so far this season is that the team are in dire need of reinforcement, with the defence in particular suffering from a chronic lack of investment.

Earlier this summer, Steve Bruce was keen to strengthen his options at the back, although former owner Mike Ashley did not even release any extra loan funds to sign Tottenham Hotspur’s Cameron Carter-Vickers on loan.

So them, it seems natural the new regime would be keen to make a statement signing in that area of the pitch. Relatively big money has been spent on Callum Wilson in attack and Joe Willock in midfield, though nothing in defence.

To that end, Koulibaly is said to have been targeted. The 30-year-old central defender is believed to have been earmarked by those advising Amanda Staveley and company as a potentially transformative signing for the club.

How good a signing would Koulibaly be for Newcastle?

It almost seems too obvious to suggest he’d be a massive improvement.

Described as one of the best defenders in the game by Erling Haaland in 2020, the Senegal international would surely be an upgrade on what Newcastle currently have on their books. According to FBREF data, he was won more tackles (1.43) per game this season than any of Jamaal Lascelles, Federico Fernandez and Fabian Schar, while boasting a much higher pressing success rate (46.7%) too.

Across Europe’s major five leagues over the past year, the former Genk star ranks within the continent’s top 83% for progressive passes per game as well as the leading 87% for progressive carries over the same period too, so could feasibly offer the team much more in the way of building up from the back.

If Newcastle can get him, he’d surely be their biggest defensive signing in recent history.