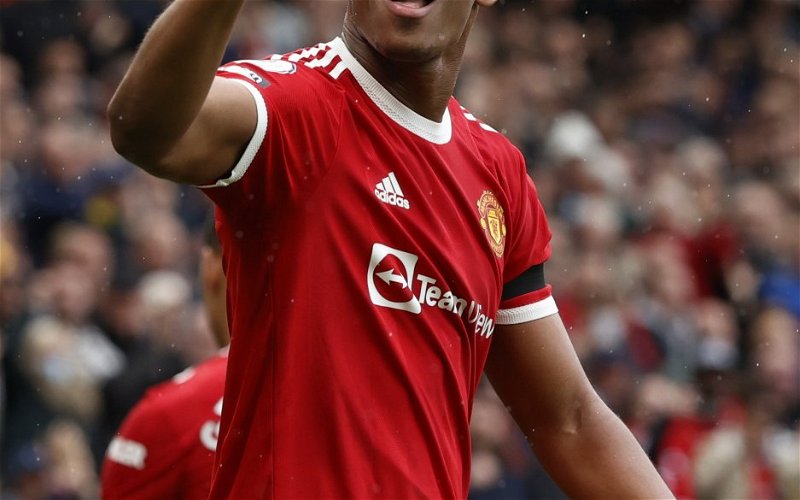 Newcastle United’s recruitment team have made contact with Manchester United over a potential move for Anthony Martial, according to Stretty News.

With the club now backed by billions, it’s only natural to see a number of big names linked with moves to St James’ Park.

The report suggests that formal contact has been made with both the Old Trafford giants and the Frenchman’s representatives after a difficult season for him at Old Trafford. Indeed, the arrivals of both Jadon Sancho and Cristiano Ronaldo appear to have pushed him down the pecking order and they could be willing to sell the player as a result.

A number of Spanish teams are also said to be keen, although the exciting project in place on Tyneside is surely an attractive one for potential targets.

How good a signing would Martial be for Newcastle?

Where he was once considered one of the leading young players in the world, things appear to have stalled for him in recent years. Still, given the lack of goals outside of Callum Wilson at Newcastle, it’s hard to suggest he wouldn’t be an exciting addition for Newcastle.

Last season, he has averaged 2 shots, 0.8 key passes and 1.6 dribbles per league game (via WhoScored) during a period in which he was in and out of the side. While it’s not as easy as merely translating that across clubs and playing styles, those averages who see him rank joint-second, second and fourth respectively in the Newcastle squad and, even then, it seems reasonable to expect some sort of improvement given he would likely be handed a starting berth far more regularly.

Able to operate across the frontline, it’s important to remember Martial is only 25. Under the right manager, perhaps he can realise more of his obvious potential, even if the last few years have been somewhat difficult.

On paper (which, of course, isn’t the most scientific way of looking at things), a front three consisting for Wilson flanked by Martial and Allan Saint-Maximin is certainly exciting.