Transfer news: Freddie Woodman could be sacrificed for Joe Willock 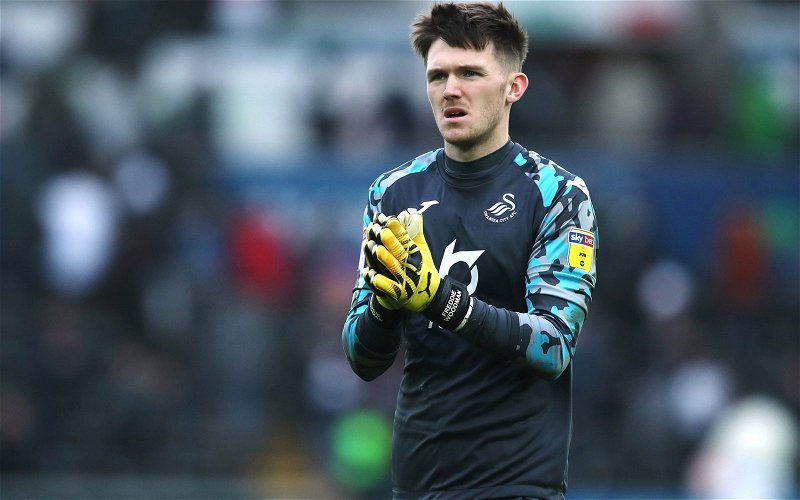 Newcastle United could include Freddie Woodman as part of a deal to bring Joe Willock to the club on a permanent basis, according to The Chronicle.

The report suggests Arsenal are keen on bringing Woodman to north London after an impressive couple of seasons on loan at Swansea City.

As a result, Newcastle could act on that interest and allow the £10m-rated custodian to move down to the capital in order to ease the financial burden on a deal for Willock.

Would swapping Woodman for Willock be a good idea?

A highly-rated, developing, homegrown talent, the 24-year-old produced the ninth-highest save percentage in the Championship last season (72.7% via FBREF) as well as the sixteenth-highest the year before that, so is clearly growing into his status as a senior No.1.

Still, given the financial difficulty the club look to have this summer, it might be a necessary step to take. Indeed, Willock was a transformative figure in Steve Bruce’s side last season, scoring eight goals in fourteen games while averaging the second-highest tackles per game (1.9 via WhoScored), and it’s imperative he’s brought back.

Newcastle haven’t spent money on a central midfielder since the summer of 2017 and, before Willock’s arrival, the likes of Chris Waugh of The Athletic pointed out that many of the team’s problems came from that area. With the Arsenal loanee in the team, Bruce’s outfit largely looked a different side.

With Martin Dubravka and Karl Darlow both impressing at points in the 2020/21 campaign, Bruce is well-stocked in the goalkeeping department. Watching Woodman go would be a blow but, frankly, Willock has already proven he’s capable of making an immediate impact in the first-team.

Given the options between the posts already, Woodman is expendable.

Speaking to Sky Sports in May, Newcastle star Allan Saint-Maximin urged the club to sign Willock on a permanent basis.