Opinion: Fabian Schar is oddly more suited to Barcelona than he is Newcastle United 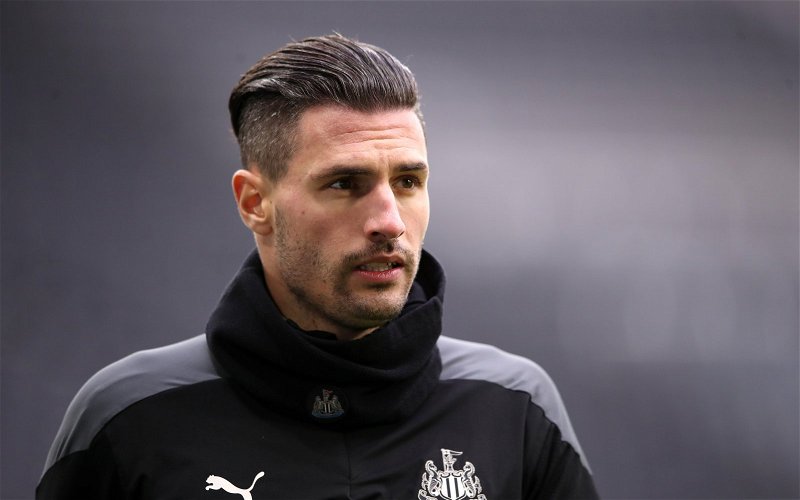 In the strangest of seasons, things have got a little weirder in that Barcelona have been linked with a January transfer raid on Newcastle United.

Well, according to The Athletic, Fabian Schar could emerge as a potential cut-price option for the Blaugrana as they search for defensive cover following Gerard Pique’s injury.

Does it make any sense?

Strangely, it kind of does.

Schar’s lapses in concentration have been something discussed by Chris Waugh of The Athletic but he does boast an obvious quality on the ball. Indeed, his prowess in that department has been noted before and the Chronicle have also praised his ability to read the game when fully focused.

While his stock has fallen somewhat on Tyneside after being named the North East Football Writers’ Association Player of the Year, the Swiss international has provided some notable moments for the club. Goals against Burnley and Cardiff have showcased his technique and willingness to bring the ball out of defence, a key principle of the famed Barcelona ideology.

Would Newcastle miss him?

Despite those moments, it’s hard to make a case for Newcastle missing Schar were he to leave.

Jamaal Lascelles, Federico Fernandez, Paul Dummett and even Isaac Hayden can operate in central defence and though none of them have shown the kind of ability to work their way up the pitch and score long-range efforts like Schar, that’s not really their remit.

Longer-term, there is also the option of integrating Florian Lejeune back into the set-up. Sent out on loan to Alaves, last season was difficult for the Frenchman amid a number of injury problems, but his passing ability has rivaled that of Schar’s in the past.

Crucially, Lejeune’s passing range seemed to be a touch more expansive during that season in that he attempted more long balls a game (6.8 to 5.6) and through balls (though only 0.1 to 0), suggesting he can give the Magpies another option were he to return.

Consistency has been a major issue for the 29-year-old who does undoubtedly offer something different but, with his contract up in the summer anyway, Newcastle should sell if given the chance.

Perhaps it’d be slightly jarring to see a player not guaranteed first-team football at Newcastle United move to a European giant but, given the crisis engulfing Barcelona, he looks like a cut-price option who can fit in with their philosophy.

Considering he’s reported to have cost just £3m even getting a nominal fee for him with so little time left on his deal would be good business.