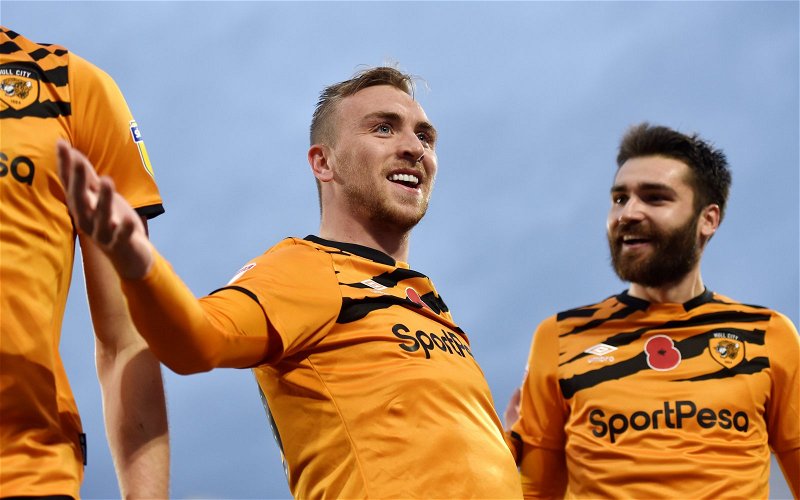 Speaking to the Hull Daily Mail, Hull City manager Grant McCann has revealed the Tigers could be forced into selling Jarrod Bowen if the forward does not sign a new deal on Humberside. Recently, the Daily Telegraph reported that the Toon had reached an ‘impasse’ with the Championship side given their £22m valuation, though his situation does look to be changing.

According to the outlet, Hull’s bargaining position could be weakened if the 23-year-old rejected their latest contract proposal, despite the fact they can trigger a 12-month extension on the deal that runs out this summer. As a result, they could be forced into selling, given that there has reportedly been no indication he’s willing to commit long-term.

“I can see that Jarrod is really enjoying his football and I can also see the side that if he doesn’t accept a deal then something has to be done really”, he said.

“At the minute we are where we are. We all know the situation. He’s got this year and an option (for a further 12 months) so hopefully he gets sorted one way or the other in the next few weeks.

“All I can do is concentrate on the team and concentrate on Jarrod while he’s here. Hopefully he’s here for a long time. If he’s not then he’s not. I don’t worry myself with that too much.”

One of the most prolific marksmen in the English second-tier, Bowen has scored 16 times already this season from a wide-forward position and his average of 3.5 shots per game (via WhoScored) is much higher than anyone currently in Newcastle’s squad, with Jonjo Shelvey the highest-ranked at 1.7.

With that in mind, here’s a look at how fans reacted to this potential boost, when the Chronicle and @NUFC360 relayed the story to their followers on Twitter.

Now is our best chance. Lodge the bid!

Surly if we want to score more goals we need to be looking at defenders because that's how brucie rolls.. Baffle their defenders with ours so they score.. Simples

We wont get any1 else now charnley is useless

Will be a huge failure if we don’t get him in IMO. Has the potential to make a big an impact as Maddison in my opinion.

Would you like to see Bowen arrive this month? Join the discussion by commenting below…