Fabian Schar: Newcastle United fans love the sight of his return to training 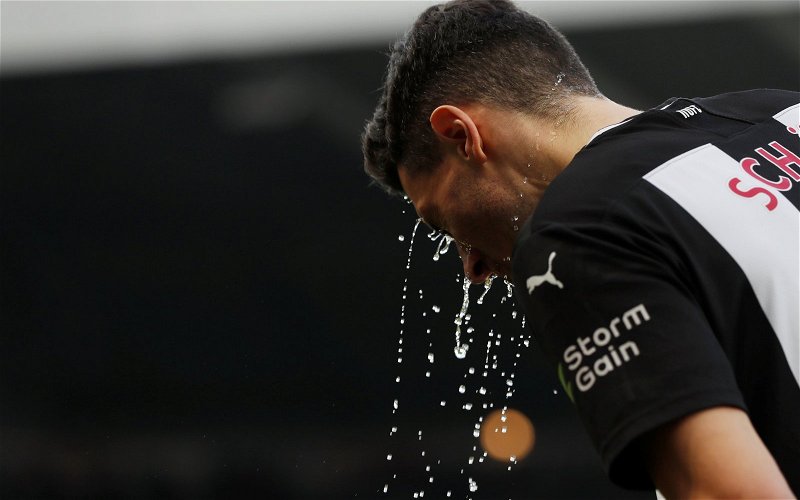 It’s been a miserable time of things on the injury front for Newcastle United of late but, ahead of this weekend’s visit of high-flying Chelsea, the situation is seemingly looking up. Indeed, the likes of Jamaal Lascelles and Matt Ritchie returned to the starting line-up for the midweek win over Rochdale, while an image to have been posted by the club on Twitter seemed to confirm another welcome face coming back.

Snapped training at Benton, the Magpies released the image of Fabian Schar back in action, which is a big boost for the Toon Army. A popular figure amongst the support, the 28-year-old has made the most interceptions (2.2 per game via WhoScored) of anyone in Steve Bruce’s squad and his 1.1 blocks over the same period see him rank as the highest in that metric too.

Couple those stats with 2.3 tackles (second-highest in the squad behind Isaac Hayden) and his 2 goals (making the club’s second joint-highest scorer) and its clear to see Schar has an obvious importance to Newcastle’s cause. With that in mind, here’s a look at some of the fanbase reacted to the welcome image.

admin i love you

Lovely to see back in

My god. I can’t catch my breath.

Just how big a boost is this for Newcastle? Join the discussion by commenting below…