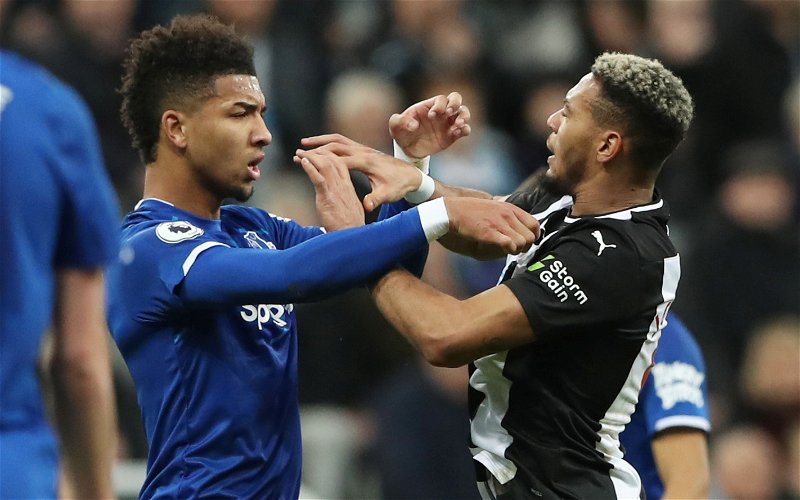 According to the Daily Mirror, Newcastle United manager Steve Bruce is keen on a move for Everton defender Mason Holgate, who their Premier League rivals reportedly value at around £10m. Indeed, it’s not the first time the former England U21 has been touted as a potential target, with the Northern Echo previously claiming the Magpies were keen.

While the 23-year-old (per WhoScored) appears to be a more accurate passer than most of the Newcastle defence (only Jamaal Lascelles has a higher accuracy than him at 82.2% to 81%), Holgate cannot match the other options currently available to Bruce when it comes to tackles, interceptions and clearances per game.

Interestingly, the Chronicle actually pointed out an argument between the player in question and Toon ace Joelinton during the meeting of the two clubs in December, with the latter pushing Holgate after being on the receiving end of a tackle.

With that in mind, after Twitter account @NUFC360 relayed the reports to their followers, it’s clear to see that a number of fans are frustrated. That’s because – given the attacking struggles for the Toon this season – the idea of targetting yet another defender seems somewhat pointless, considering the options in the squad already.

Need an attacker more than a defender, got plenty of decent ones if you ask me