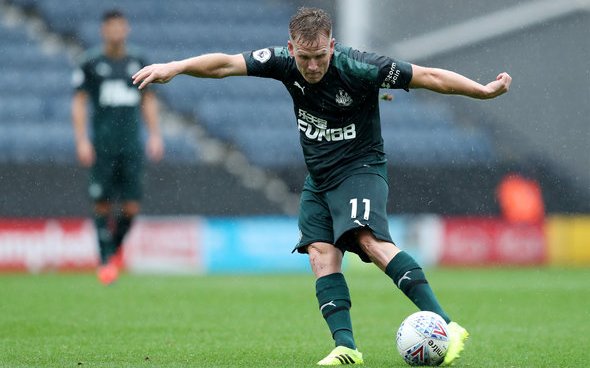 The former Bournemouth man demonstrated his versatility with a number of tremendous performances at left wing back last season, despite having spent essentially the entirety of his career up till that point as a winger.

However, the Scotland international must surely now face the reality that his time as a ‘defender’ is over. Friday’s arrival of left back Jetro Willems on a season long loan from Eintracht Frankfurt, announced on the club’s official website, has surely put an end to his wing back odyssey.

Ritchie has been a phenomenal servant to the Magpies over his 125 appearances with the club [Source: Transfermarkt], but never was that more apparent than last season.

The 29-year-old made a total of 39 appearances in all competitions for Rafael Benitez’s side, scoring three times and registering an impressive nine assists.

However, his outings were split over multiple different positions on the pitch. 18 of them came at left wing back, 11 at right midfield, eight at left midfield and one as a right winger.

That shows you how impressively versatile a player Ritchie is. He can cover all sorts of positions on the pitch, while he showed last term that his defensive awareness has improved tenfold.

You would assume that Willems was brought to the club to be the starter on the left hand side of the defence, and he almost certainly will be. However, the statistics show that that perhaps shouldn’t be the case.

As per WhoScored.com, Ritchie beat out the Dutch international in all but one major defensive statistical category last time out. Clearly this is a top class player with bundles of ability.

However, his role will surely now have changed following Willems’ arrival. But, the Newcastle fans might be wishing it hadn’t before long. 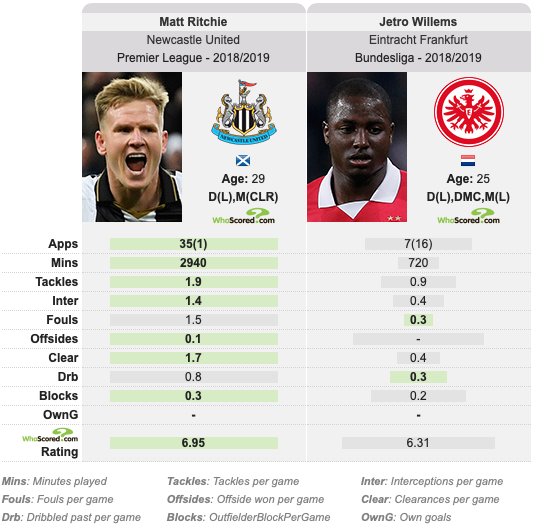