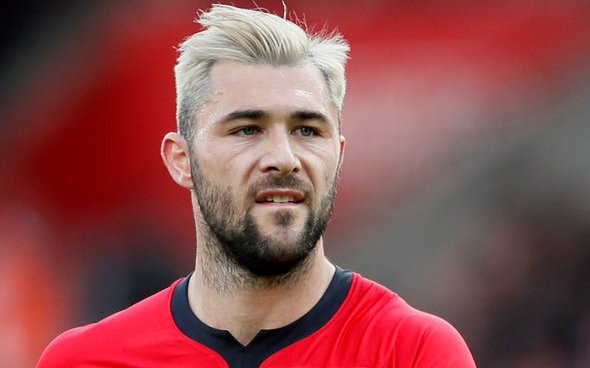 Newcastle United should end their reported pursuit of Southampton attacker Charlie Austin after Darren Bent suggested it might be for the best if he dropped down into the Championship.

Football Insider previously reported that the Magpies were plotting a bid for the Saints forward, with Sky Sports going on to state that Newcastle were waiting for Steve Bruce to approve a move for him.

However, any plans for Austin should be scrapped based on Bent’s latest remarks.

The pundit claimed that Austin would perhaps be best suited to dropping down to England’s second-tier while urging Leeds United to make a move for him.

“Leeds need a new centre-forward, and someone like Charlie Austin would be ideal,” Bent stated in an interview with Football Insider.

“He knows the Championship well, he’s scored a lot of goals in that division and, if you keep him fit, he’ll be prolific.

“He’d be a brilliant signing for Leeds. It’s feasible. Why not? Southampton are willing to let him go and it might be best for him to drop down a division like I did.

“As a striker, there’s no better feeling than hitting the net. There’s no worse feeling than not playing. It’s not like Leeds are a small club. They’re massive. If Austin can help get them promoted, he’d go down in history as a Leeds legend.”

Bent’s remarks show that he believes Austin may no longer be able to hit the net regularly in the Premier League and the Magpies should only be considering players who will be able to get them goals in the top-flight.

This is especially the case when you consider that there is under-a-week to go before the transfer window shuts, and the Magpies need to focus on getting a team together who won’t miss last season’s top-scorers Salomon Rondon and Ayoze Perez.

Austin managed only three goals in his 27 appearances across all competitions last season, averaging a goal every 330 minutes (Source: BBC), which doesn’t imply he scored for fun in his latest campaign.

Two of the 30-year-old’s goals may have come in his 25 Premier League outings,  but he also notably missed five big chances and the Magpies can’t afford to have an attacker who now fluffs his line in the top-flight. (Source: Premier League)

Austin may have previously been formidable in the Premier League, he scored 18 goals in 35 league outings in his 2014/15 campaign, but Bent clearly believes his best days could be behind him as why else would he suggest the player drops down a league?

So with that in mind, the Magpies need to steer clear of Austin, and end their pursuit of him.