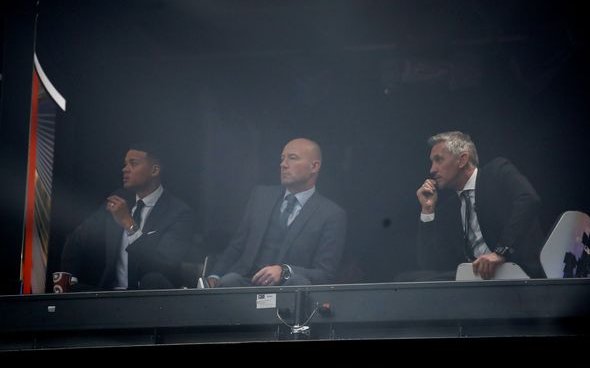 Alan Shearer shared that he noticed Newcastle United looked a lot tighter in their last two outings ahead of them facing Burnley on Monday.

The Magpies legend pinpointed the improvement Rafa Benitez’s side had made during the wins over Watford and Bournemouth and added they looked a better unit as a result.

Shearer while looking ahead to the Magpies’ clash with Burnley at Turf Moor shared that it would be a tough fixture for them to look to continue their good form.

“Yeah the last two games have given everyone hope, bit of confidence, first of all against Watford picking up all three points and then against Bournemouth which was an impressive performance where Rondon got two very good goals, could have had a hat-trick so much brighter for Newcastle,” Shearer told Coral in a clip uploaded to the betting company’s Twitter account.

“They’re the games where, particular ones at home, where you need to be picking up the points and they did that.”

Shearer is right to suggest that the Magpies have looked tighter in their last games and less sloppy mistakes have definitely been made as a result. After two wins back to back it would be great for the Magpies if they could get a win on their travels on Monday. While Burnley haven’t excelled this season, they’ll still a daunting prospect to face at Turf Moor as who knows if everything is going to start clicking for them again. It also seems like a hard task for the Magpies to win the match as the club’s away record when playing on a Monday is hardly inspiring. Hopefully the club’s previous record in that sense doesn’t rear it’s ugly head as a third win on the trot would squash relegation talk until the next fixture. The Premier League is a very hard division but if you’re able to string several results together in a row then it’s easy to climb the table and get away from danger.