Keegan: Benitez is praying that someone buys club 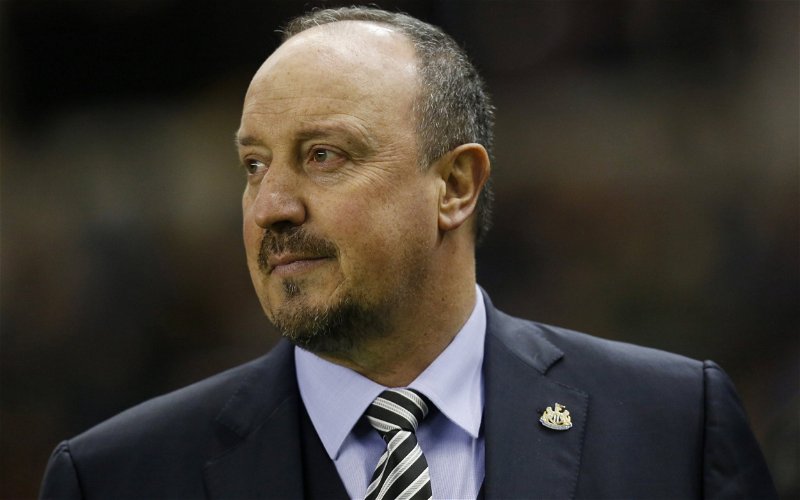 Former Newcastle United boss Kevin Keegan says that current manager Rafael Benitez is “praying” that somebody comes along and buys the club.

Keegan understands that this this something that Benitez would be wanting this investment to happen before the season concludes.

“Rafa’s doing an incredible job. He sees the massive potential of the club. He’s hoping and praying – and he can’t say it, but I can – that someone comes and takes it and puts some investment in,” Keegan said, as relayed by Times writer Henry Winter via his personal Twitter account.

Keegan on Benitez living with limited resources from Ashley #nufc: “Rafa’s doing an incredible job. He sees the massive potential of the club. He’s hoping and praying – and he can’t say it, but I can – that someone comes and takes it and puts some investment in.” @CheltLitFest

Some may argue that this a relatively obvious admission made by Keegan. Everybody knows that Benitez is not the biggest fan of the Mike Ashley regime – that was reinforced when he was not given the sufficient funds to bring in all of the players that he wanted this summer – but Keegan is probably not far from the truth. There is no doubt that Benitez is thinking exactly what Keegan has said – after all, if there is another owner in, it would be an entirely different story. Newcastle most likely would not be in the position they are in now if Ashley had sold the club by now. The supporters will take some hope from this statement on Benitez, as they would find comfort in the fact that their manager most likely thinks the same as them. However, Benitez’ job would not be safe if he publicly spoke about how he is not a fan of Ashley – but Keegan has definitely stated what he is undoubtedly thinking.