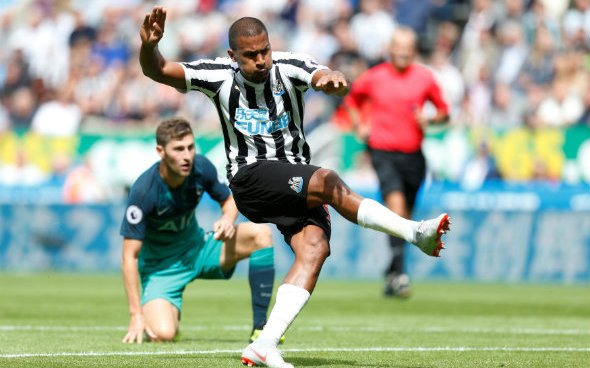 Some Newcastle United fans took to social media to react to Salomon Rondon’s positive update on his current situation.

The 6ft 1in tall attacker (Source: Transfermarkt) is currently on the sidelines injured but optimistically tweeted via his personal Twitter account that he never stops alongside posting a video of him hard at work in the gym.

Rondon’s update had several Magpies fans responding to share that needed him to get fit and that they hoped to see him feature for their side shortly.

The 29-year-old, who joined from West Bromwich Albion, has played fives times so far this season and has scored one goal in his outings. 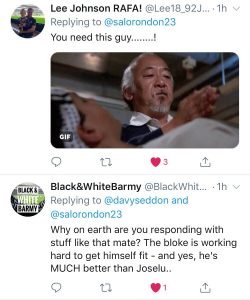 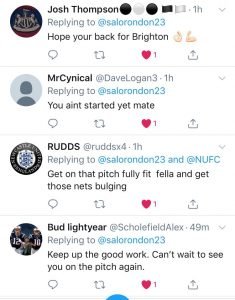 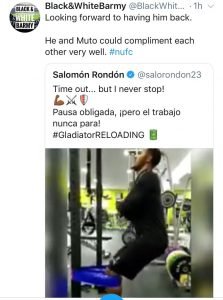 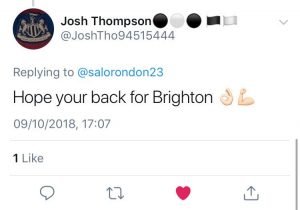 Rondon hasn’t exactly taken St James Park by storm since arriving but it’s early days in his Magpies career. Rafa Benitez’s side are struggling for goals and understandably that some fans have pinned their hopes for goals on the Venezuelan forward. Rondon has scored 24 Premier League goals in 112 outings and fans are desperate to see him get off the mark for the Magpies in the league. So far the 29-year-old has only managed to score against Nottingham Forest in the EFL Cup and that needs to change. While many are hoping to see the forward be fit for the clash with Brighton, he is going to need some help if he somehow makes that match. The Magpies have been creating chance after chance for their strikers this season and it’s clear that Rondon needs help to be amongst the goals. Hopefully by the time the forward gets the all clear, the likes of Matt Ritchie and Ayoze Perez would have found their creative spark.