Blackburn are keen on Wilson 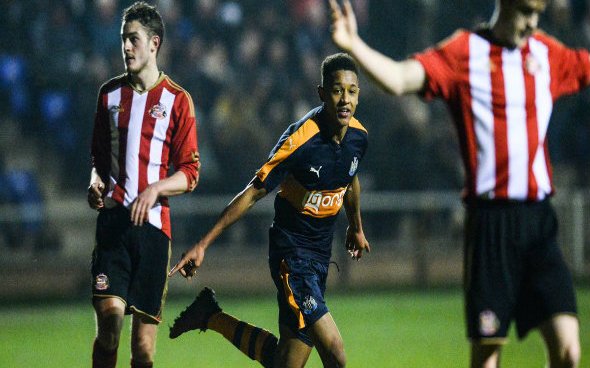 Blackburn Rovers are keeping tabs on Newcastle United winger Adam Wilson, according to the Chronicle.

The regional newspaper claim that the Championship outfit have the pacey 18-year-old attacker on their radar due to his impressive performance this season as well as their manager Tony Mowbray having excellent connections in the North East.

The Chronicle report that Blackburn boss Mowbray has conducted personal scouting missions regarding the Magpies’ reserve side but there is no word on whether he has witnessed Wilson play.

It seems Blackburn are keen on Wilson and it’s no surprise as the speedster has been making a name for himself at youth level. The teenager was rightly tied down to a long-term deal in the summer by the Magpies due to his promising potential and he is definitely one to watch. The Chronicle’s report doesn’t share whether Blackburn are looking to borrow or cheekily purchase the services of Wilson so it’s hard to know what to make of their interest. If the Championship team, who currently sit 10th in the table, are willing to take the speedy teen on loan then it maybe the best situation for all parties involved. Wilson is yet to taste senior football and even a few minutes in the Championship could provide useful to his development at this early stage. However only time will tell whether Blackburn are looking to borrow the youngster services or whether they want to try and permanently secure the potential gem for themselves.