Newcastle must go all out for Rodrigues 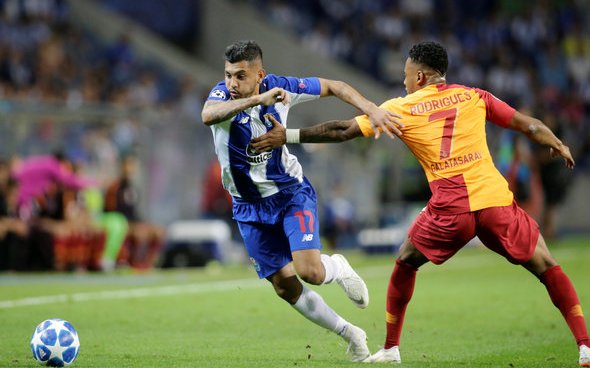 Newcastle United must go all out in their pursuit of Galatasaray winger Garry Rodrigues as he would get St James Park rocking again.

Turkish-Football reported on Monday that the Magpies were still scouting the pacey 27-year-old and hadn’t given up hope of signing him, despite failing to do just that in the summer.

The football news outlet claimed that the Turkish giants were willing to sell their speed machine for the right price and had slapped a 15million euros (£13.1million) price tag on his head.

The Magpies should just stump up that fee as they need to ensure Rodrigues arrives as he can bring the good times back to the club and he is an exciting talent who will get fans cheering as well as out of their seats.

Rafa Benitez’s side have struggled for goals this season and in the last campaign but they wouldn’t any longer if the winger rocked up anytime soon.

Rodrigues uses his blistering pace and trickery to bypass his opponents in order to score, as well as create, goals for whatever side he is playing for.

This season the electric attacker has scored three goals in nine appearances, which includes him scoring in the Champions League, and that’s on the back of a fantastic 2017/18 campaign.

Rodrigues racked up 11 assists and nine goals in 33 league appearances for Galatasary last season and looked to be a handful for any player he faced.

Seeing as due to lack of goals and decent results as of late the fans at St James Park haven’t exactly had much to cheer about, then something should be done to bring the smiles back upon supporters faces.

Signing the reasonably-priced Rodrigues would do that and he would arrive and deliver the goods in spectacular style which would get St James Park rocking again and hopefully bring the goods times back to the club.