Ki Sung-yeung must be handed chance after international success 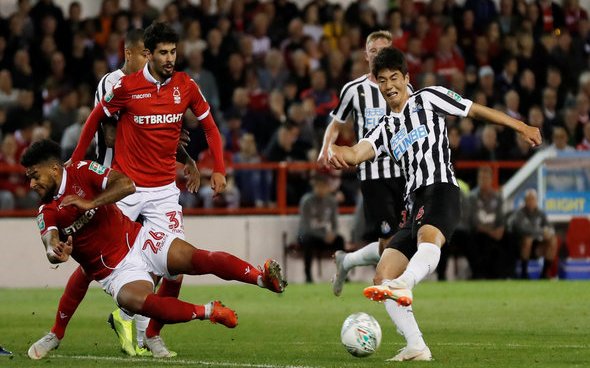 Rafa Benitez must unleash Newcastle United midfielder Ki Sung-yeung into his first-team after the 29-year-old proved his talents while away with his nation.

The Magpies central midfielder has barely been used since joining the club from Swansea City in the summer, he has played twice in the Premier League this season, and it’s clear his side could do with his talents.

Ki may have struggled in his outings for the club so far but the midfielder is a sublime passer of the ball and it wouldn’t be the hardest task to take Mohamed Diame’s place in the team and do better than him.

Diame is currently in terrible form and showing no signs of improving, so there is definitely a slot in the first-team calling out for Ki to fill it.

Also Ki may have turned a corner with his form based on his latest display for South Korea where he put in a noteworthy performance.

The 6ft 1in tall midfielder (Source: Transfermarkt) dominated the midfield battle for his nation when they took on Uruguay on Saturday and helped them achieve a shock 2-1 win in that friendly match-up.

Ki played 85 minutes to aid his side’s cause and it was the first time in history that South Korea had successfully defeated Uruguay, which makes the Magpies’ midfielder performance even more impressive.

Benitez’s side could do with the fighting spirit and steely presence Ki provided his nation with at the weekend as it could easily lead to them racking up their first league win of the season.

Therefore once the international break ends then the Magpies boss simply must unleash Ki, after hardly using him so far, to aid his side’s cause after he helped inspire South Korea to a historic victory.