Antonio would get SJP rocking 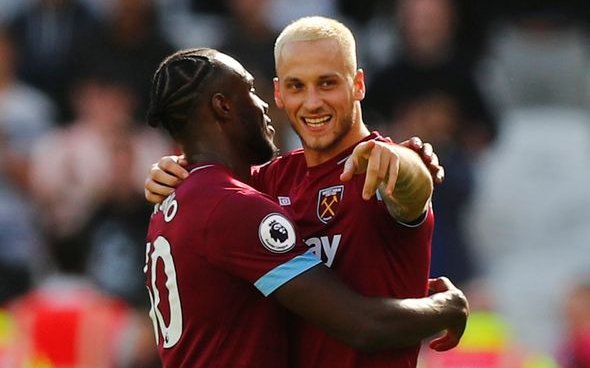 Newcastle United need to drastically improve their attacking threat to get fans cheering at St James Park and West Ham attacker Michail Antonio could be their ideal solution.

The Hammers 28-year-old, who can play as a forward or as a winger on either flank, has all the tools and experience needed to aid the Magpies’ quest for goals one way or another.

Antonio has blistering pace in his locker, even if he has slowed down in recent seasons, and does have a knack for getting in the right positions for his side.

These attributes have seen Hammers boss Manuel Pellegrini regularly turn to the winger, who earns £70,000-a-week currently (Source: Spotrac), this season but an exit could still be on the cards for him.

Despite Antonio featuring nine times across all competitions this campaign, Claret & Hugh reported that the winger could be loaned out, with an option to buy him at the end of the campaign being attached to any potential deal.

The dedicated Hammers’ website shared that Crystal Palace are in the hunt for Antonio’s services but given that the winger’s arrival could greatly boost the Magpies’ firepower than Rafa Benitez’s side must hijack their pursuit.

While the Magpies won’t be able to loan him as they have already borrowed two players from English clubs this season, given the Hammers’ reported stance on Antonio, a deal could still be struck to get him.

St James Park would be rocking if Antonio turned up and delivered the performances his skill set suggests he is capable of, as fans will love a player who is a noticeable improvement on the majority of their current attacking options.

The 28-year-old, who has featured 83 times in the Premier League during his career, would be worth paying £70,000-a-week to but the Magpies may be able to get him to agree to a lower wage if they promise to consistently hand him first team opportunities.

Antonio is no doubt eager to be playing as much football as possible because his last two campaigns have been frustrating for him as he has been constantly sidelined with a variety of different injuries.

However the attacker is the ideal solution to Benitez’s lack of firepower and his arrival would get St James Park rocking as he would be able to improve their chances of success in front of goal.