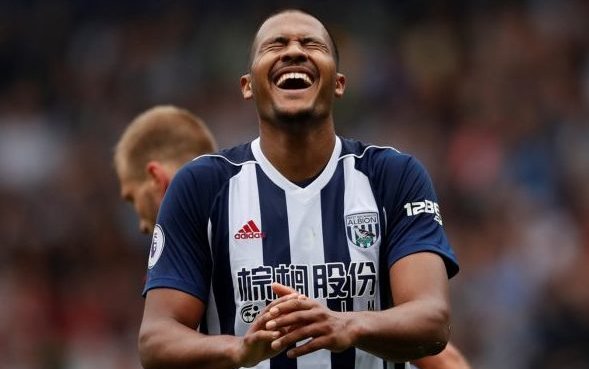 Newcastle United have reignited talks with West Bromwich Albion over potentially signing attacker Salomon Rondon, according to a trusted journalist.

The Chronicle’s chief writer Lee Ryder shared, via his personal Twitter account, on Saturday morning that the Magpies have resumed talks regarding trying to sign the Baggies forward and that Dwight Gayle was still part of the discussion.

#nufc have resumed talks with #wba over Rondon and Dwight Gayle is still part of the conversation.

Sky Sports previously reported that talks between the two clubs over a potential deal regarding Rondon had stalled and that the proposed loan swap deal involving Gayle was now unlikely to happen.

It seems there is once again a chance that WBA’s £60,000-a-week forward (Source: Spotrac) could be pulling on a Magpies jersey in the 2018/19 campaign. However as this transfer saga has dragged on-and-on it’s hard to be confident that Rafa Benitez will successfully get his man especially if the Magpies are still trying to use Gayle to get a deal done. Though if a recent report by the Express & Star is totally accurate then the only way the Magpies can loan Rondon for the upcoming season is by including the current Magpies attacker as part of any deal.  It seems likely that the Magpies have to try to secure the powerhouse forward on loan rather them buy him out right now as according to the Express & Star’s report the option to simply pay £16.5million to grab his services is no longer available. Hopefully with talks once again ongoing then the Magpies can find some way to bring Rondon to St James Park before August 9 as it’s clear the Magpies manager really wants to add him to his squad.