Newcastle must swoop for Simpson 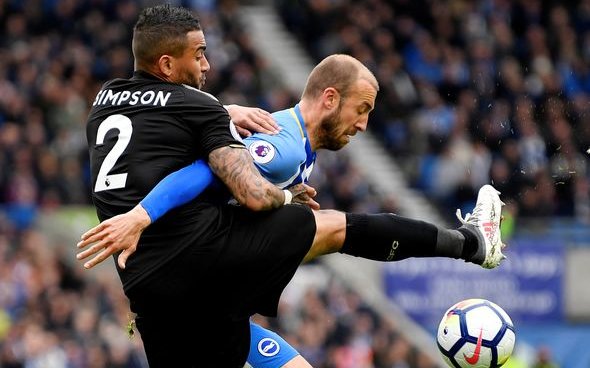 Newcastle United must reunite themselves with Leicester City’s Danny Simpson as they need to secure the services of a capable right-back ahead of the transfer window slamming shut.

The 31-year-old, who previously featured 138 times for the Magpies, before departing on a free transfer to join Championship side Queens Park Rangers is a proven Premier League performer who could keep DeAndre Yedlin on his toes in regards to being a guaranteed starter at the club.

While Simpson was booed by Magpies supporters when he played against them at St James Park for the Foxes in April, as reported by the Chronicle, he has always spoken highly about his time at the club.

The 31-year-old was perceived to have asked for too much money when negotiating a contract at the Magpies but he has always denied that he didn’t agree new terms due to the wages being offered, as reported by the Chronicle.

However with hindsight Magpies supporters can hardly blame him for whatever reason he opted not to stay at the club as since leaving he has gone on to achieve great success.

It has previously been reported by the Chronicle that Rafa Benitez had made it a priority for the Magpies to sign a right-back in this window and with time running out to get a deal done then a swoop for Simpson would benefit all parties.

According to Sky Sports Simpson is facing an exit from the Foxes and could leave before deadline day as he is unlikely to be included in Claude Puel’s 25-man squad list.

Given that he is on £45,000-a-week at the King Power Stadium (Source: Spotrac) then Foxes will no doubt be willing to sanction a reasonably priced deal, perhaps even a loan, in order to get him off their books as it seems he isn’t needed at the club.

This means even with the Magpies’ seemingly apparent transfer budget restrictions then a deal for Simpson should be able to quickly be wrapped up as the player himself will want to play regular football next season.

Therefore the Magpies must reunite themselves with Simpson before August 9 as with the defender reportedly facing an exit from the Foxes, he should be able to be easily recruited.