Newcastle fans should be delighted with Thelin report 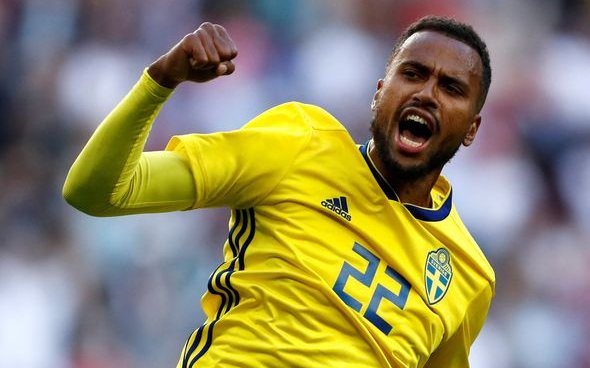 As reported by Belgian outlet HLN, Russian side Lokomotiv Moscow had also seen a bid accepted for Thelin, who is not in Anderlecht’s plans for the coming season.

However, Chronicle football editor Mark Douglas has now provided a major update on the situation, claiming on his personal Twitter account that the club had agreed a fee for the striker.

Checked this out now. Been told this morning NO truth in this.#nufc looking elsewhere. https://t.co/A9aQj3HOgr

And, while this may seem like a disappointing development for fans, the Toon Army should in fact be delighted that the club are not looking at Thelin this summer.

The 26-year-old spent the 2017/18 season on loan at fellow Jupiler Pro League side Waasland-Baveren, scoring 19 goals in 39 matches in all competitions.

While that is obviously decent form, the fact is that Thelin was deemed surplus to requirements at Anderlecht, and allowed to go out on loan to a division rival.

For parent club Anderlecht his record is just two goals in 25 matches, and quite frankly it is a miracle that Thelin has managed to earn 24 caps for Sweden on the international stage.

While there is no doubt that Newcastle are being forced into the bargain market, with Benitez’s targets not necessarily of the highest calibre, the signs all suggest that this move would have been a huge failure.

There is still time for the Magpies to work out a deal for a decent striker before the window shuts, and fans should be delighted they are not wasting their time with Thelin.