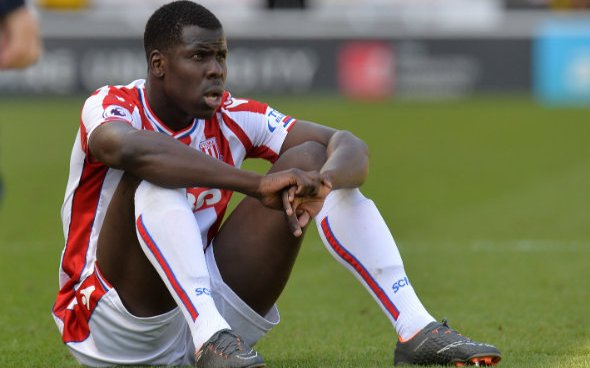 Newcastle United are in dire need of another new centre-back after Florian Lejeune suffered a serious knee injury which is set to put him out of action for a large chunk of the 2018/19 season.

The Magpies have been linked with several players in recent days as Rafa Benitez searches for another enforcer following the £3.5million arrival of Fabian Schar from Deportivo La Coruna.

However, the answer to their problem does not lie with any of these current targets but a former one, Chelsea centre-back Kurt Zouma.

As reported by the Daily Mail, the defensive colossus has had his Blues future thrown into doubt after losing his squad number to new signing Jorginho.

The 23-year-old centre-back has therefore been left without a number ahead of the new season after returning to Stamford Bridge from a year-long loan at Stoke.

The Mail claim that Zouma is keen to secure regular first-team football next season, and that is far from guaranteed at Chelsea under new boss Maurizio Sarri.

Newcastle must now take advantage of this snub and swoop for Zouma in the coming days, with the France international offering the perfect solution to Newcastle’s predicament.

The giant 6ft 3in enforcer [Transfermarkt] has good Premier League experience from his time at Chelsea and Stoke, making 81 appearances in the competition so far in his career.

This will allow Zouma to bed in immediately and hit the ground running for Benitez, something which is much needed with season now fast approaching.

Zouma is a commanding presence at the back, with his height and strength helping him to bully attackers and impose himself on the game instantly.

He is also however comfortable on the ball, and has the potential to turn into a world-class centre-back given the right environment to develop.

Newcastle must offer him the chance to come north and remain in the Premier League next season, with a loan-to-buy deal potentially a good option for both parties.

According to Turkish outlet Takvim, Newcastle have held previous interest in Zouma this summer, and they must now reignite that interest as soon as possible.

Zouma is the perfect solution to their problems, and a swoop for him in the coming days would be a good way to round off what has been a poor window for the club.