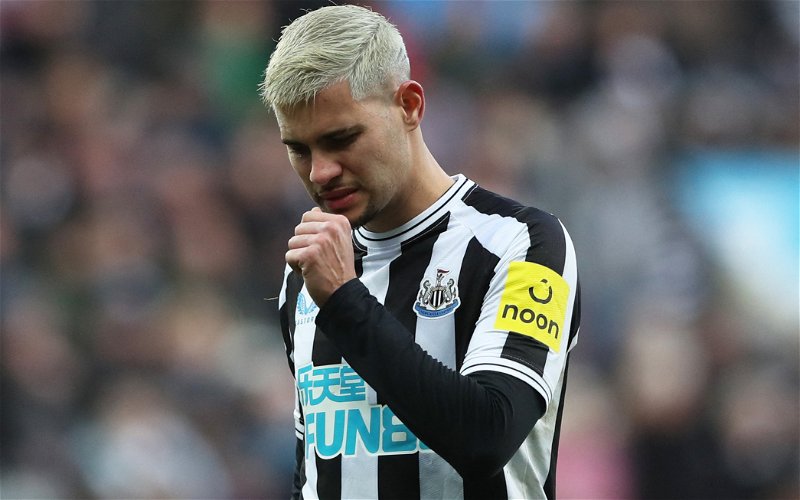 Eddie Howe has confirmed Bruno Guimaraes was “very distressed” after twisting his ankle during Newcastle United’s dramatic win over Fulham on Sunday.

The Brazilian injured his ankle early in the first-half at St James’ Park and twice required treatment before a decision was made to replace him with Allan Saint-Maximin for the second-half.

Already without Jonjo Shelvey for the foreseeable future, Howe is not exactly blessed with options in midfield as it is. While Joelinton is an option now Allan Saint-Maximin and Alexander Isak are able to offer more cover out wide, missing Guimaraes for any length of time would be a huge blow.

With a two-legged Carabao Cup semi-final to come later this month, it’s a worry to see such a player in obvious discomfort, particularly in an area of a field lacking bodies as it is.

What has Howe said about Guimaraes? 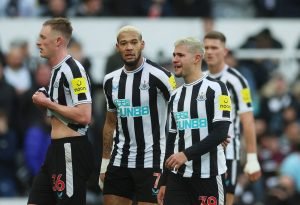 Speaking to Sky Sports (via the BBC Sport LIVE blog) after the game, Howe said: “Bruno was very distressed.

“He was in a lot of pain. He twisted his ankle and felt he could run it off. In the end he needed to be withdrawn.”

How did Guimaraes play against Fulham?

Even during what was effectively a 45-minute cameo largely blighted by injury, the 25-year-old’s performance was solid.

According to WhoScored data, the Brazil star played a key pass – a brilliant one at that to free Sean Longstaff – and made two interceptions, the highest in the Newcastle team.

An absolutely huge figure in this team, it’s going to be a nervous wait to see how his ankle problem develops.