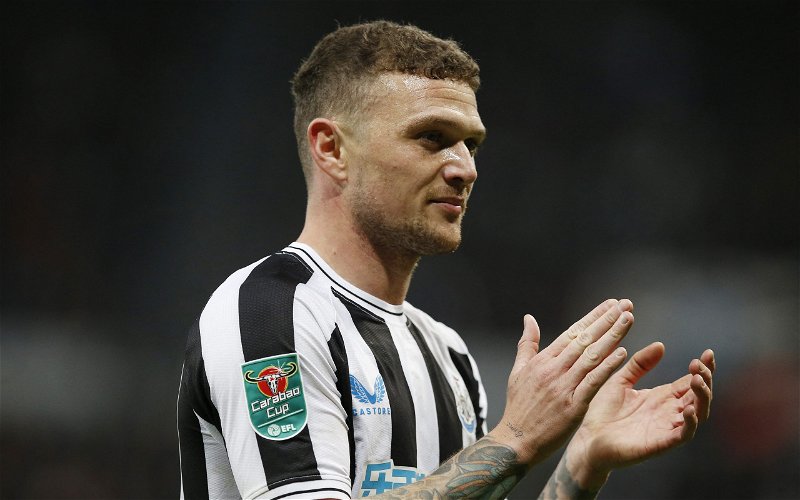 Kieran Trippier says Newcastle United are going to have to get used to teams trying to contain them.

On their return from the international break, Eddie Howe’s side made it through to the quarter-finals of the Carabao Cup by beating Bournemouth 1-0.

It was Trippier’s cross that caused Adam Smith to put through his own net and hand the home side their breakthrough after a relatively frustrating time of things.

Callum Wilson was unlucky to have had a goal ruled out and Miguel Almiron should have put Newcastle ahead and, while they did dominate possession, even Howe admitted Newcastle were not at their best.

What has Trippier said?

Speaking to official club media after the game, Trippier said: “Teams are going to come here now and try to frustrate us as a team because we’re doing well and we deserve that respect.

“Teams are going to come here and sit in a low-block and try to kill time. We’ve just got to be mentally prepared for that and be patient.” 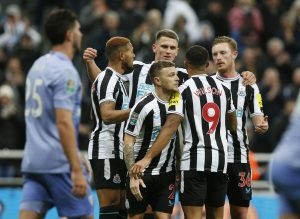 That, frankly, is the respect Newcastle deserve after a stunning start to the season. Only Manchester City, Arsenal and Tottenham have scored more Premier League goals this season, while only Arsenal and City have averaged more shots per game (14.5, via WhoScored).

Indeed, given the fact they also boss the seventh-highest average of possession over the same period (50.8%), it’s fair to say Howe’s side impose themselves on a regular basis these days.

Newcastle are going to have to get used to trying to force their way through. With players like Trippier in the team, they stand a much better chance.