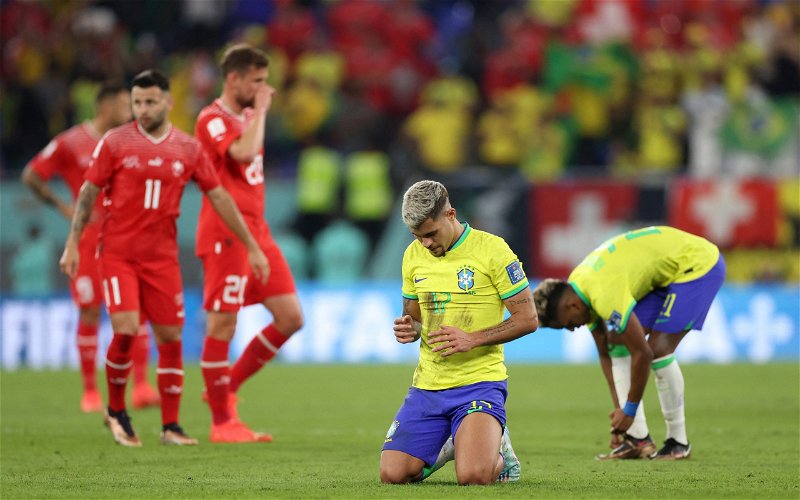 Bruno Guimaraes hailed his World Cup debut for Brazil as an “indescribable happiness”.

Having not featured in the Selecao‘s opening 2-0 win over Serbia, Guimaraes’ bid to feature looked difficult amid Tite’s vast array of midfield options.

Fred was brought into the squad for Monday’s clash with Serbia, while Fabinho offers stern competition alongside Casemiro and Lucas Paqueta.

With the tournament favourites chasing the win without the talismanic Neymar, however, Tite turned to the Newcastle star. Brought on for the much-maligned (at club level at least) Fred in the 58th minute, Guimaraes was on the field as Brazil scored late to seal another victory.

What did Guimaraes say about his Brazil debut?

Taking to Twitter after the game, Guimaraes wrote: “Indescribable happiness to be able to play my first game in the World Cup. Everything I dreamed of, I accomplished tonight.

“Thank you Jesus. Thanks for the rating and the game. Let’s go for more, Brasilllll.” 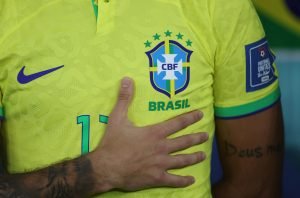 How well did Guimaraes play for Brazil?

While just over half an hour isn’t exactly a lot of time to make an impact on the grandest stage for the very first time, Guimaraes fared reasonably well.

According to WhoScored, his one shot at goal found the target (one of only five Brazil players to do that), while the 25-year-old was also one of just four Selecao stars who won an aerial duel. FBREF data, meanwhile, notes the former Lyon man made three recoveries (thus ranking joint-fifth for Brazil).

All in all, that surely has to be considered a pretty successful debut.