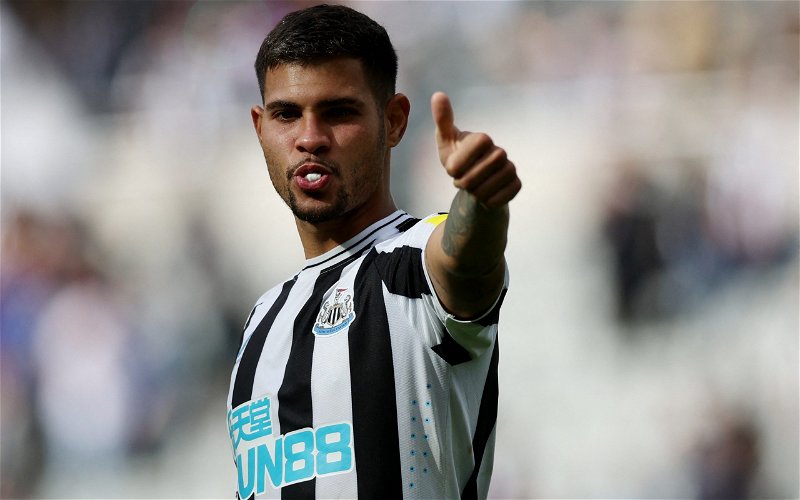 Bruno Guimaraes admits he does not know whether he will be fit enough to return to the Newcastle United side who travel to West Ham on Sunday.

The Brazilian picked up a hamstring injury during the Carabao Cup win over Tranmere Rovers last month, missing the draws with Wolves and Crystal Palace as well as the loss away at Liverpool in the process.

Guimaraes’ absence in the team has been further compounded by the ones of Jonjo Shelvey, Callum Wilson and Allan Saint-Maximin. While none of the issues (Shelvey aside) are thought to be particularly serious, the number of key players missing will be of huge frustration to Eddie Howe.

In his place, Sean Longstaff has stepped into midfield, and surely few would argue against that being a downgrade. During the record-breaking run of form that propelled Newcastle from a relegation battle to the top half of the Premier League last season, Howe’s first-choice midfield three largely saw Guimaraes and Joelinton operate just ahead of Shelvey.

To not have had that available once so far has been a huge disappointment.

What has Guimaraes said about his injury?

Speaking to the club’s in-house media channel during a meet-and-great with supporters, the 24-year-old said: “I’ve been working hard for this, it’s my goal. But I don’t know if I will be ready, I know I need to answer this question for many fans today. 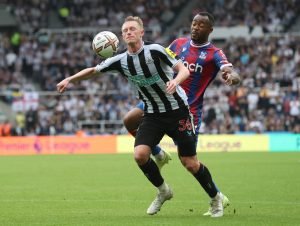 How badly do Newcastle miss Guimaraes?

When comparing the Brazilian statistics to those of Longstaff’s this season, it’s easy to see just how much his dynamism in the centre of the park is missed.

Frankly, the sooner he is back, the better.