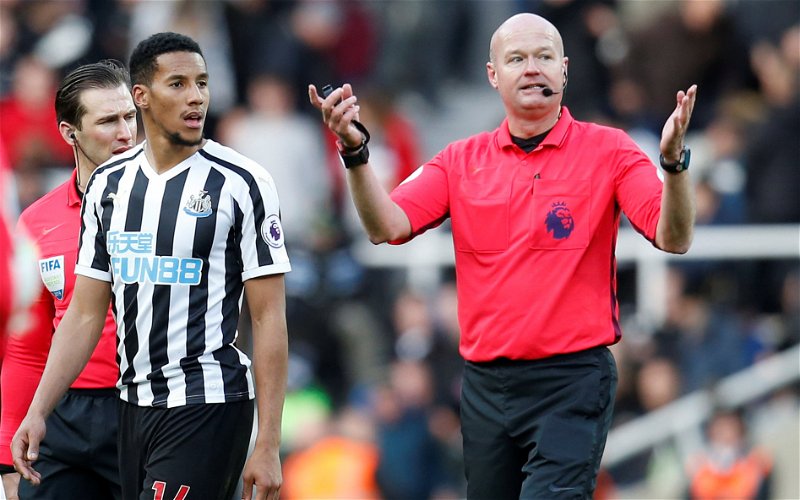 Lee Mason has not been selected to operate as a VAR assistant for the upcoming Premier League weekend, as confirmed by the Guardian.

Mason was the video assistant referee in the booth during Newcastle United’s draw with Crystal Palace at St James’ Park on Saturday, during which the home side controversially had a goal disallowed.

A Tyrick Mitchell own goal was chalked off as Joe Willock was said to have fouled goalkeeper Vicente Guaita, although video footage appeared to show the Palace defender pushing Willock to initiate the contact between the United star and Palace’s goalkeeper.

The goal was initially awarded by on-field official Michael Salisbury but Mason chose to overrule the decision from his Stockley Park base. 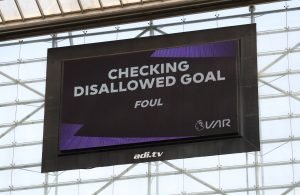 Naturally, the decision has caused controversy as debate over VAR technology continues to swirl. Alan Shearer labeled the call a “shocking decision” on Match of the Day, while Howe rued the fact a “perfectly good goal” had been disallowed.

The PGMOL has effectively admitted a mistake and vowed to review the decision, along with the one to chalk off West Ham’s late equaliser against Chelsea, in an effort to improve going forward. While promising to hear, that does little to help either team.

Who will be in charge of Newcastle’s trip to West Ham?

The Premier League have confirmed Craig Pawson will be of the on-field referee for Sunday’s trip to West Ham, while Paul Tierney will be in the VAR booth.