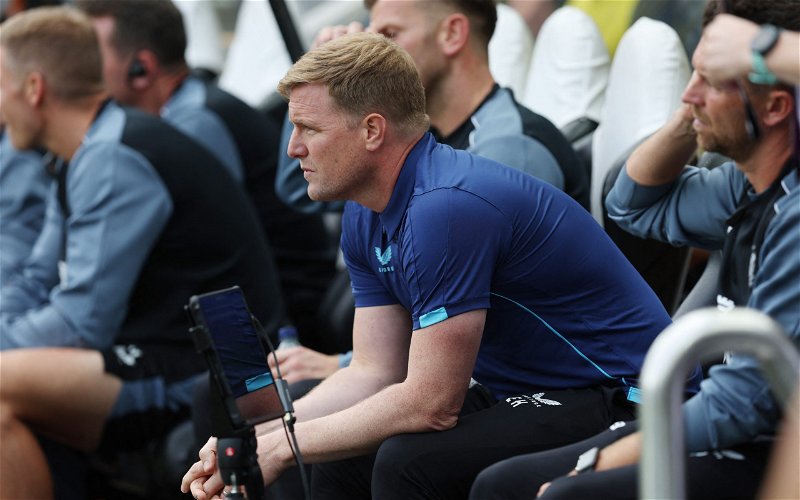 Newcastle United will make a late decision on Matt Targett’s fitness ahead of Sunday’s meeting with Manchester City.

On paper, Newcastle face a hugely difficult challenge, though their home form has certainly been something to shout about over the last few months. Indeed, only City and Liverpool have left St James’ Park since December and the team have only got stronger since.

Targett missed the draw with Brighton with a dead leg and is still to be assessed, meaning Dan Burn is likely to deputise at left-back, much as he did on the south coast.

In that case, Sven Botman and Fabian Schar would likely continue in central defence in front of Nick Pope in goal.

Going forward, the team largely picks itself in the absence of Jonjo Shelvey, though Ryan Fraser is expected to be fit and available to offer an alternative to Miguel Almiron.