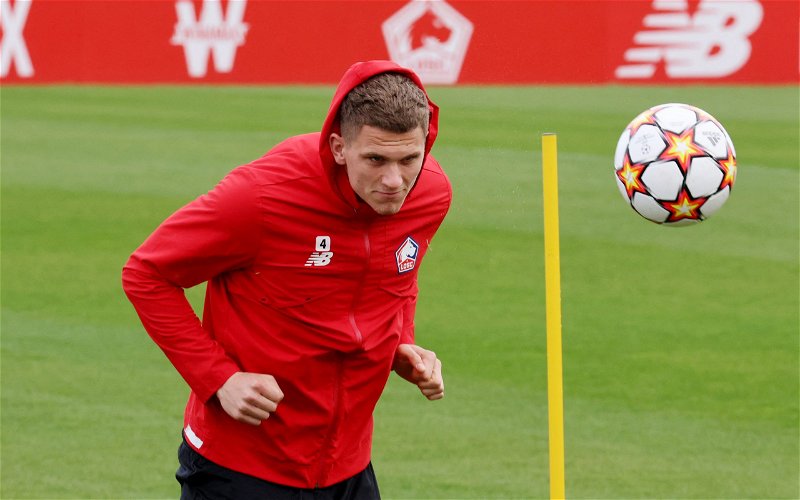 Newcastle United and AC Milan lead the race to sign Sven Botman this summer, sources have told Nothing But Newcastle.

Strongly linked with a move to St James’ Park over the course of the January transfer window, it seems likely Botman will leave Lille at the end of the season.

With the French champions facing a fight to even qualify for the Champions League, the Dutch defender did make clear his desire to move on when Newcastle made a succession of bids for him in January.

West Ham United are the latest club keen on a move for the 22-year-old as they continue to fight towards the upper echelons of European football. While a move to East London would surely be tempting for most players, sources have told NBN Newcastle and Milan remain the frontrunners.

Newcastle’s exciting and, frankly, lucrative new era is understood to interest the player, as well as the obvious pulling power Milan have. For their part, there’s a strong chance they could win Serie A this season, returning to the top of the Italian game.

How much were Newcastle prepared to pay for Botman in January?

During the transfer window, Sky Sports claimed Newcastle had seen a £29.3m rejected by Lille, who valued the player at closer to £35m.

Still, given The Athletic claimed the French club had told their defender that he was simply not for sale halfway through the season, it’s up for debate if even an offer matching that valuation would have been accepted.

The summer, however, naturally represents a better time in which to do business and Lille have sold big-name players as part of their business model for a number of years.

What has Botman said about Newcastle?

Speaking to Voetbal International in January, Botman said: “Newcastle is working on a great project and I thought it would be fun to be a part of it. Especially if you look at where Manchester City and Paris Saint-Germain once started.”