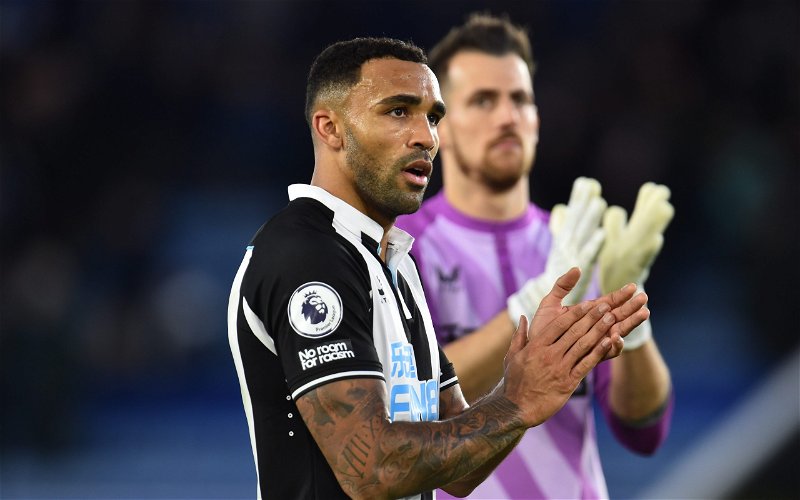 Callum Wilson could be playing for his Newcastle United future, according to pundit Paddy Kenny.

Few would doubt what a good signing Wilson has been.

Indeed, Newcastle’s record of spending relatively big money on players is patchy at best and, at £20m, the 30-year-old has proven a guarantee of goals. Across 43 games for the club, the England international has scored 18 times, roughly equating to a goal every two-and-a-half games.

Perhaps most impressively, Wilson was largely feeding off of scraps in a poorly-managed Steve Bruce team not exactly renowned for their ability to create chances.

Of his 18 goals, seven have directly led to wins, underlining his importance to the cause.

What has been said about Wilson’s future?

Speaking to Football Insider, Kenny said: “Wilson is the best they have had in years but he’s never fit. It’s so frustrating for them.

“Wood hasn’t quite done it for them, he still just has the one goal.

“Wilson, when fit, is brilliant. There is absolutely no doubting that.

“But you can’t really rely on him to be fit over the season, so that’s something that needs to happen.

“A new striker has to come in and Wilson knows. He’s under pressure, he is playing for his future, make no doubt about it.”

As prolific as Wilson has been, it’s hard to rely on him.

That’s not to suggest Wilson should be sold. Far from it.

Chris Wood, even if some of his build-up play has been impressive, has only scored once in ten games and has barely proven he can lead the line. Going forward, more additions need to be brought in, though Wilson looks like the best internal back-up.

If not totally relied upon, perhaps Wilson won’t need to run into the ground so often, potentially taking some of the pressure off of him needing to play every single game when fit. Naturally, that could help lighten the load on his body and even keep him fresher for longer.

Over the course of the January transfer window, Newcastle chased the signings of Hugo Ekitike and Jesse Lingard even after Wood’s arrival, suggesting they’re keen on another forward anyway.

It’s not as case of Wilson playing for his future, it’s a case of bringing in more competition.