Newcastle news: Martin Dubravka and Fabian Schar to be assessed before Tottenham trip 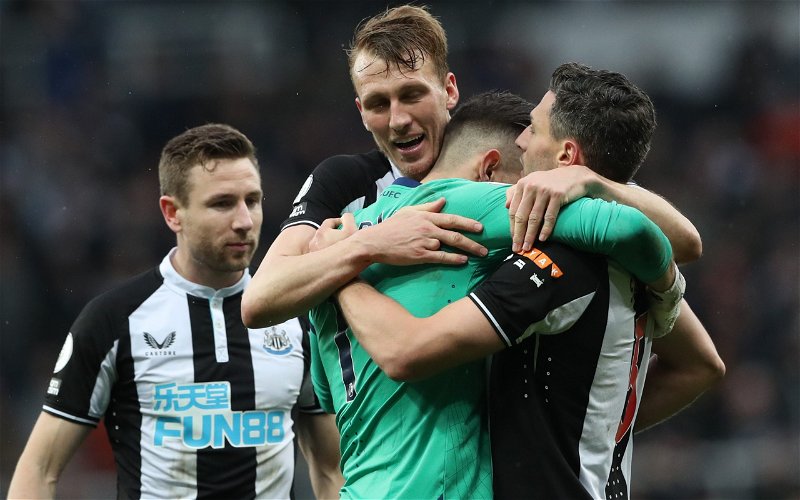 Newcastle United are set to assess both Martin Dubravka and Fabian Schar ahead of Sunday’s trip to Tottenham, according to The Athletic’s Chris Waugh.

Both players, who have been regular starters under Eddie Howe, withdrew from international duty with Slovakia and Switzerland respectively.

Goalkeeper Dubravka pulled out due to illness while Schar is suffering with a slight groin problem, although neither issue is thought to be overly serious.

Still, with Newcastle having lost their last two games, Howe needs his key players. While it would take a huge collapse to see the team relegated from here, a trip to an in-form Spurs is hard enough without missing two pillars of the first-team.

Is there better news on the injury front?

During the wait to see whether or not Dubravka and Schar will be ruled out, there is at least better news to enjoy on the injury front.

The Shields Gazette recently revealed Jonjo Shelvey was likely to be in contention after missing the defeats at Chelsea and Everton, while Allan Saint-Maximin has had a full week of training as he bids to get back to top form.

How important are Dubravka and Schar?

Karl Darlow’s form last season might have been impressive in Dubravka’s absence, but Newcastle’s back-up goalkeeper struggled to convince when called upon this time around. Of the three goalkeepers Newcastle have used this season (Dubravka, Darlow and Freddie Woodman) it is the former Nottingham Forest custodian who has averaged the lowest post-shot expected goals rating (-3.4, via FBREF).

That metric judges how likely a ‘keeper is to save a shot based on the quality of the chance for the attacker, with negative numbers suggesting a below-average performance when keeping shots out. Dubravka, meanwhile, has mustered a rating of +3.9, suggesting he’s kept out almost four goals the opposition would have realistically been expected to score.

According to WhoScored data, Schar ranks within the squad’s top three players for interceptions (1.4) and clearances (4.1) per game, while he’s also only beaten by Allan Saint-Maximin and Ryan Fraser for assists this season (2).

Frankly, missing either would weaken Newcastle’s chances of a positive result.