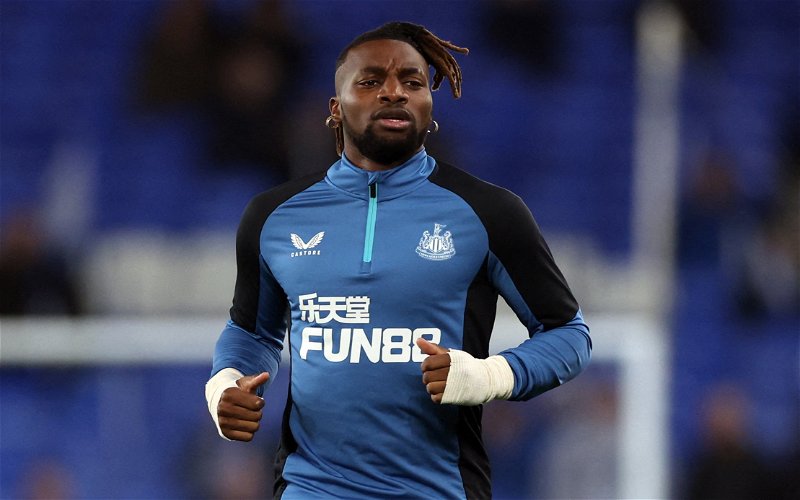 Allan Saint-Maximin was “gutted” to have been left out of France’s squad for the Olympics, according to The Athletic.

While the Frenchman has so often proved a saviour for Newcastle since joining from Nice in 2019, his international career is yet to take off.

Now, that might have something to do with the embarrassment of riches Didier Deschamps has in attacking areas, although it’s hard to make a case for the 25-year-old being the most consistent player in the world.

Indeed, as we’ve recently seen, Saint-Maximin is still prone to the odd spell of poor form. Granted, playing in a Newcastle United team not exactly tearing up trees for much of the past two years cannot help, but there is little comparison when it comes to judging him against Kylian Mbappe, Kingsley Coman and Antonio Griezmann.

Still, the Olympics offer a pathway for either younger players or those not often involved in the senior side. Given there were players included in the French squad plying their trade outside of Europe’s major leagues, it doesn’t seem outlandish to suggest Saint-Maximin might have had a chance.

Such was his desire to represent his country at the Olympics – where they did not progress past the group stage – the forward is thought to have allowed Amazon Prime to film his pursuit of making the squad.

At what level has Saint-Maximin represented France?

With the Under-21s, he has been awarded seven caps, the last of which came in September 2017.

What has Saint-Maximin said about playing for France?

Speaking to Sky Sports in May 2021, the forward talked of his desire to break into the international set-up.

“Sometimes you have to think about your future, you can see Leicester winning the FA Cup, you play football to win trophies, not to fight to stay up.

“We have to buy more players like Joe Willock, he can be really great for the team and for myself, I am 24 years old, and have to think about the national team, about winning trophies, and hope the club can give me that.”