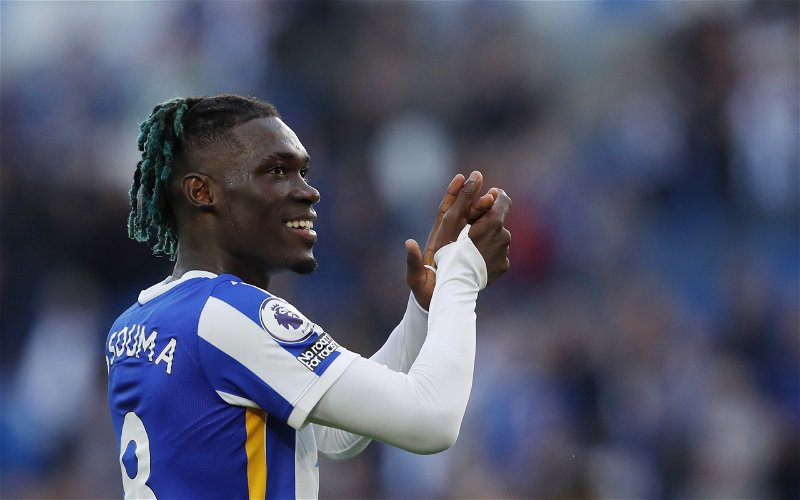 A potential £50m fee for Yves Bissouma is considered prohibitive for Newcastle United this month, according to The Athletic.

The club are thought to be keen on signing a new midfielder during what remains of the January transfer window and the Brighton star has been strongly linked with a move up to St James’ Park. A headline addition he may be, although Brighton do generally manage to hold out for large sums when it comes to selling their best players.

Indeed, Arsenal had to pay around £50m to land Ben White during the summer of 2021. Backed by a billionaire and comfortable in the Premier League, the South Coast outfit would appear to be under very little pressure to sell as things stand.

Would Bissouma be worth £50m?

Joe Willock has been the only purchase there since 2017 and, despite some excellent form last season, the former Arsenal man has struggled this season. Bissouma, who has been linked with the likes of Manchester United before, would appear to be an upgrade on what Eddie Howe currently has at his disposal.

According to FBREF data, the 25-year-old ranks within Europe’s leading 89% of central midfielders playing across the big five leagues over the past year for both tackles won and interceptions per game. Certainly, that would indicate Bissouma could bring more urgency into the middle of the park, something Newcastle have lacked for a while now.

£50m, of course, is a lot of money and it’s hard to see PIF willing to spend that sort of cash during the January transfer window at least, particularly as Premier League survival is far from guaranteed.

What has been said about Bissouma?

Speaking on Sky Sports in April, Sky Sports pundit Jamie Carragher was effusive in his praise for the player.

“You looked at him and he really does look like a top-quality player,” he said on Sky (via The Daily Mail).

“He was excellent at Old Trafford [against Manchester United] for Brighton and he just looked head and shoulders above everyone on the pitch [versus Everton].

“He’s been someone a lot of teams have talked about or looked at. I don’t think teams will be looking at him, I think they will be bidding for him at the end of the season.”