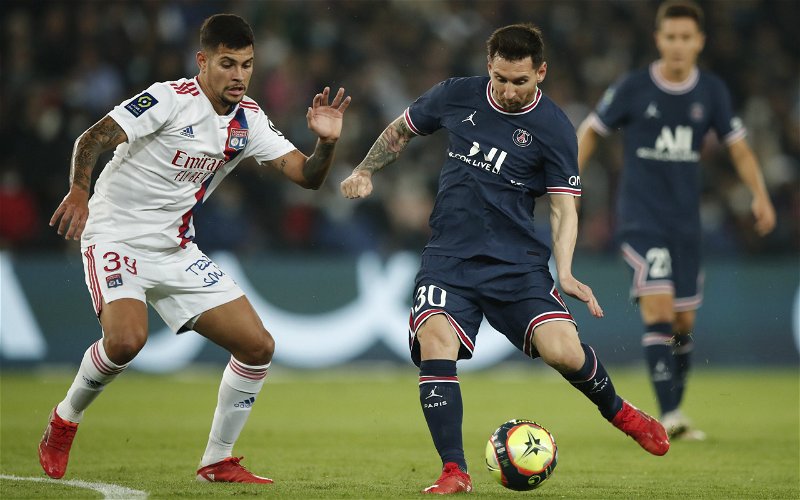 Newcastle United are keen on a move for Bruno Guimarães this month, sources have told Nothing But Newcastle.

Given the lack of dynamism in midfield has been frequently lamented anyway, Isaac Hayden’s recent injury has left Eddie Howe short in that department. Only Joe Willock, who has hardly convinced since his summer move, has been purchased in that area since the signing of Mikel Merino in 2017 and, naturally, the club lack genuine options.

With that in mind, the Lyon midfielder has emerged as a target this month, although Premier League giants Arsenal are also said to be keen.

How badly do Newcastle United need a midfielder?

After such a lack of investment from Mike Ashley, all areas of the club (both on and off the field) need an upgrade.

Still, the injury – and general over-reliance – on Callum Wilson and the defensive problems this season would at least suggest that the midfield is perhaps the least concerning of the concerns at the moment. Clearly, that’s not a great position to be in, but only so much can be done in January.

Who is Bruno Guimarães and what is his style of play?

A Brazilian international, the 24-year-old was described on Ligue 1’s official website as having “caught the eye so far at Lyon conducting the play from the centre of midfield, always playing the simple pass.”

According to FBREF data, he ranks within the leading 83% (at least) of defensive midfielders playing across Europe’s major five leagues over the past year for passes attempted, average pass completion rate, progressive passes, progressive carries and dribbles completed per game.