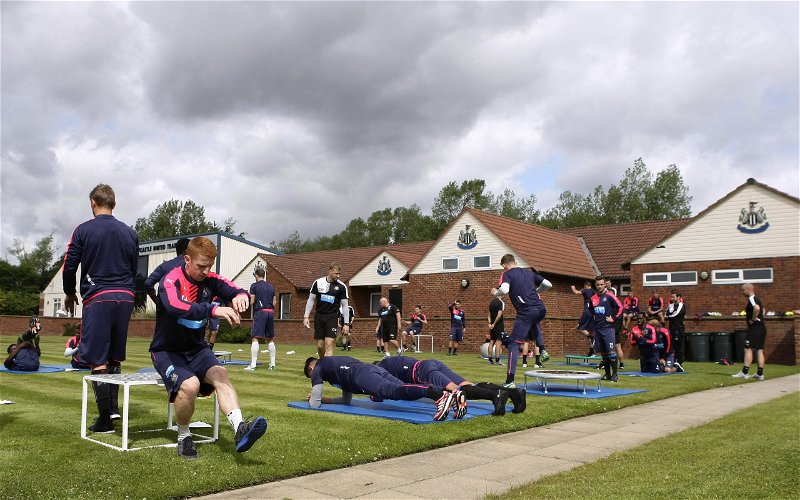 A complete rebuild of Newcastle United’s training ground is three or four years away, according to The Athletic.

Clearly, there is currently a huge focus on the short-term future of the club in their desperate battle to stay in the Premier League. Given how poorly that’s going, it can be easy to forget that Newcastle do look destined for a much brighter future under the PIF ownership both on and off the field.

A new training ground after so much negligence would be a huge boost for the club. Indeed, surely that’ll be a huge step in helping convince top players to join, even if such dreams seem far away at the moment.

The report suggests that plans for a new ground will “rival anyone in the division” and is likely to involve a relocation from the current Benton base. In terms of the existing set-up, there are believed to have been improvements made in terms of ice baths, food and general areas.

Why do Newcastle need a new training ground so badly?

Plans to build a new training base go as far back as 1995 during the days of Sir John Hall, yet Benton remains, albeit with improvements to areas such as training pitches. Fans, of course, will remember the images of star players taking ice baths in wheelie bins.

A piece from The Athletic in 2020 said of Benton; “compared to the modern facilities at local rivals Sunderland’s Academy of Light, theirs were outdated.”

Having seen the likes of Leicester City recently open a new state-of-the-art complex, work must be done to catch up with the kind of teams Newcastle wish to compete with.

What has Amanda Staveley said about Newcastle’s training ground?

Speaking to The Guardian in October after the takeover, Amanda Staveley said: “it’s really awful.

“There’s no point having fantastic players if there’s nowhere suitable for them to train.

“PIF have great ambition but this is a long-term investment and things take time. To reach the top of the Premier League you don’t just need great players, you need robust, strong foundations – and we have to build them. You need a strong academy, we want to see lots of local lads playing here, that’s huge for us.”