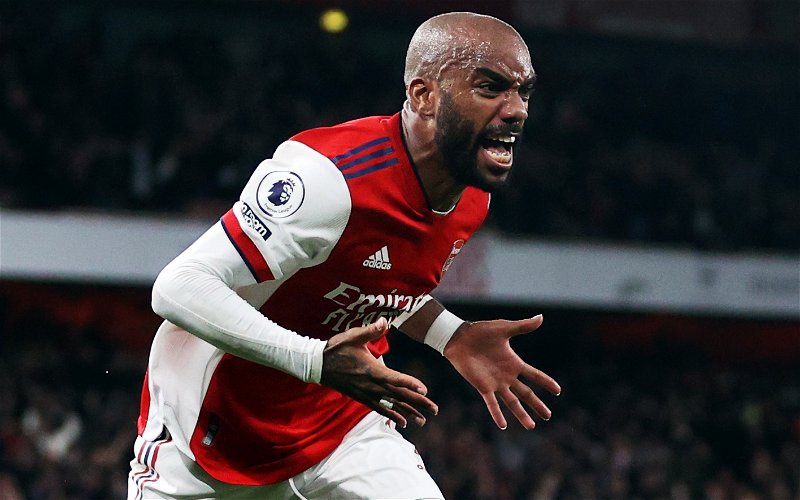 Newcastle United are among the clubs casting a keen eye over Alexandre Lacazette’s situation at Arsenal, according to The Sun.

Lacazette – who rejected a move to St James’ Park in the summer of 2016 while still a Lyon player – is believed to be of interest again. Indeed, the 30-year-old will be out of contract at the end of the season and Arsenal aren’t believed to be willing to discuss a potential new deal until the campaign finishes.

Given his contractual status, a number of other clubs such as Atletico Madrid and AC Milan are understood to be keen.

Having scored 51 goals while registering 23 assists in 135 Premier League games, Lacazette could certainly add something to the Newcastle ranks, especially considering the relative paucity of goals in the team outside of Callum Wilson.

Still, the report suggests the Frenchman earns around £200k-p/w in North London and, at 30, a contract of that size would hardly be the wisest long-term investment. In fact, one of the worst things the new regime at Newcastle could do would be to start handing out massive contracts to ageing big names in the early days of this ownership. Few things could set a worse precedent.

Clearly, that’s without even mentioning that there is a very real possibility Newcastle could be in the Championship next season.

Why did Lacazette reject Newcastle in 2016?

Speaking to Foot Mercato at the time, Lacazete revealed he and his representatives snubbed the offer out of hand in order to focus on the rest of the season in France.

“I read what is written by you in the media,” said Lacazette (via talkSPORT).

“Now, I am at Lyon, I want to do a good second half of the season, so for me a departure is not on the agenda.

“It is my agent, David Venditelli, who deals with that. He knows very well that I do not want to leave, so he rejected the offer.”