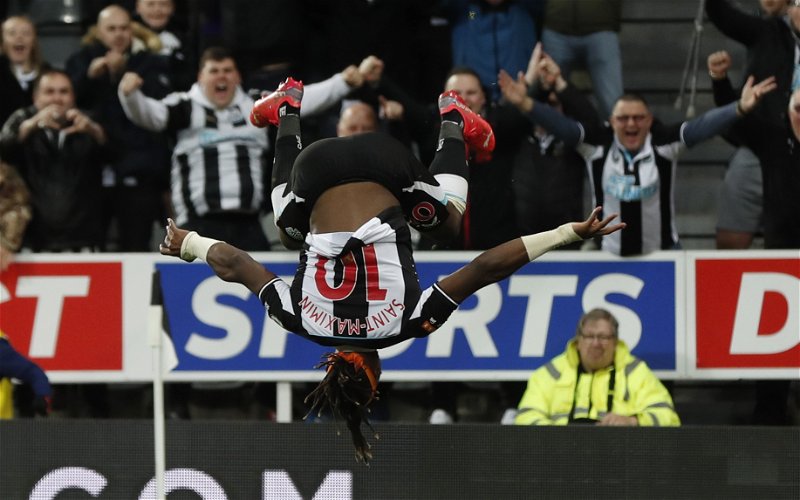 Allan Saint-Maximin is keen to continue attacking teams as Newcastle United prepare for what looks a daunting trip to Arsenal on Saturday.

With head coach Eddie Howe famed for playing front-foot football, perhaps it was of little surprise to see his team score three times during his first game in charge, albeit from a hotel after contracting COVID-19.

Obviously, the bigger story is that the team also conceded three times and are now rooted to the bottom of the Premier League table after 12 games. That leaky defence, if anything, will surely be what costs Newcastle this season.

Still, as concerning as the defence has been, Saint-Maximin is keen to keep on trying to attack teams in order to try and stave off relegation.

Speaking after the Brentford game, the 24-year-old said (via The Daily Mirror): “It was bad (to lose Howe). We need him. He is a great coach for me. I don’t need to see him for a year to know if he is a good coach.

“They have a nice philosophy and a nice idea, and you can see from the first game against Brentford we played more in attack and had more chances to score.

“We have to keep going with this and concede less goals and I am sure we will win more games.

“It is easier for the strikers when we have more of the ball and more positions and when we try to go forwards. Against Brighton, I had no shots, and I defended for the team.”

Is that a good idea?

Ideally, Newcastle would tighten up in defence, although that has rarely ever been one of Howe’s strong points.

At least until the January transfer window, Newcastle’s strengths lie in attack. Both Saint-Maximin and Callum Wilson have been in excellent form this season and Joelinton proved impressive against Brentford. Quite what Howe can do with Joe Willock and Miguel Almiron is also exciting.

Playing to their strengths and attacking teams would seem logical before further additions can be brought in. Clearly, that’s somewhat risky, but Newcastle need to start gambling or risk being further cut adrift.

Nothing But Newcastle | 50 mins ago