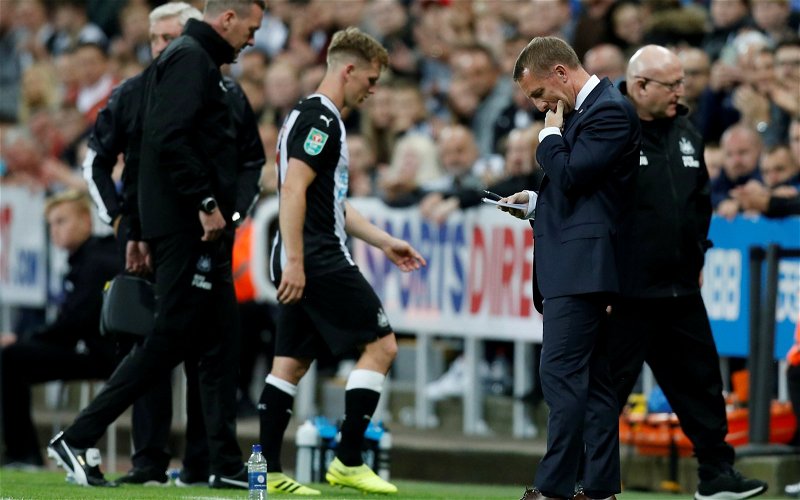 Ben Jacobs of CBS Sports has revealed that, while Brendan Rodgers was the new Newcastle owners’ first-choice, a deal never seemed realistic.

With the takeover having been pushed through quickly, the new regime have been working on appointments while trying to get their feet under the table, leading to criticism from the likes of Gary Neville. Indeed, Steve Bruce was kept on for his 1,000th game in management and, despite the club’s miserable league position, it would appear that no one was immediately lined up to replace him.

Rodgers, who was strongly linked with the post, was reportedly the main target. Still, considering his position at Leicester City – having just won the FA Cup and overseeing two pushes for Champions League qualification – the former Liverpool coach “wasn’t interested”.

Told Rodgers was the first choice, but it was clear (from really even before the owners officially arrived) he wasn't interested so now they're taking their time. I think that's the right approach given Newcastle's current predicament since an immediate turnaround is needed.

Would Rodgers have been a good appointment at Newcastle?

Hugely experienced in the Premier League, it’s easy to forget Rodgers built Swansea City up from a low base while playing attractive football and has overseen clubs with huge fanbases in the shape of Liverpool and Celtic.

At Leicester, although he’s struggled to match the exploits of the previous two seasons so far this year, Rodgers has been praised for constantly having them fighting for a top four berth during his time in charge.

However, with his current club only just opening a wonderful looking training ground in an effort to build on their recent period of success, as well as his links with Manchester City, it’s hard to blame him for not being interested in what is a long-term project at St James’ Park.

What has Rodgers said about Newcastle?

Speaking during the initial links, Rodgers predicted a big future for the club under the current ownership.

“I’ve always taken on a challenge at the clubs I’ve been to. If there’s a certain level of money at Newcastle and an infrastructure that allows that money to be spent wisely, then absolutely [it makes it harder for us],” he said (via The Daily Mail).

“They are going to be able to attract a level of player and that could make it even more difficult for other clubs to reach the top positions.”