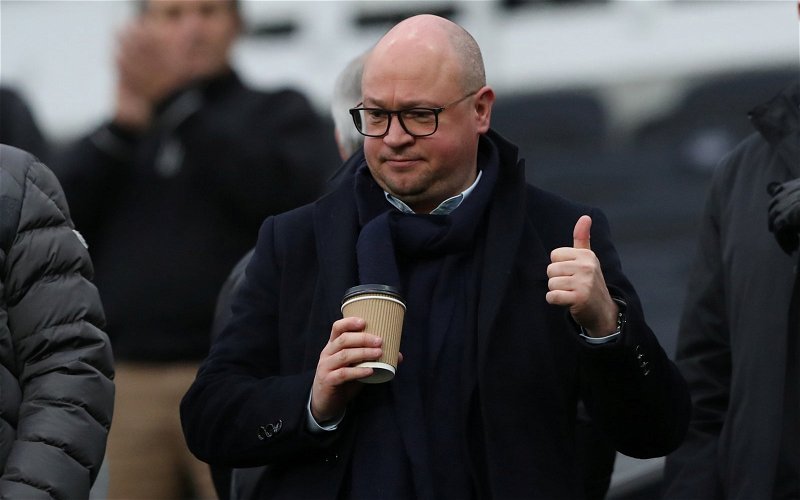 Lee Charnley backed the idea to appoint Eddie Howe as Steve Bruce’s replacement at Newcastle United, according to The Daily Mail.

While it wasn’t a particularly intense saga over the period since, Eddie Howe was first linked with the Newcastle post back in December 2020 during the Mike Ashley era. Clearly, no change was made at the time but the former Bournemouth coach was reportedly the man the Sports Direct mogul would have turned to had Steve Bruce been sacked under his watch.

So, when he came back on the radar again under the new ownership, Charnley – who is still working at the club in the transitional period between regimes – is said to have supported his case.

Will Howe and Charnley work together long?

Charnley, someone with close links to Ashley, is a hugely unpopular figure amongst the fans and, while he may not be the man ultimately responsible for the myriad of awful decisions made over the last few years and beyond, remains a reminder of those dark days.

Mark Douglas of The Chronicle recently revealed that he “continues to operate in his former role as part of transition period” but his role as a director of the club has been terminated on Companies House.

What has Amanda Staveley said about Howe’s appointment?

Speaking to the club’s official website following confirmation that Howe had been appointed, Amanda Staveley talked in glowing terms about the new Newcastle head coach.

“We have been incredibly impressed by Eddie through what has been a rigorous recruitment process.

“As well as his obvious achievements with AFC Bournemouth, where he had a transformational impact, he is a passionate and dynamic coach who has clear ideas about taking this team and club forward.

“He is a great fit for what we are trying to build here. We are delighted to welcome Eddie and his staff to St. James’ Park and very much look forward to working together towards our collective ambitions.”