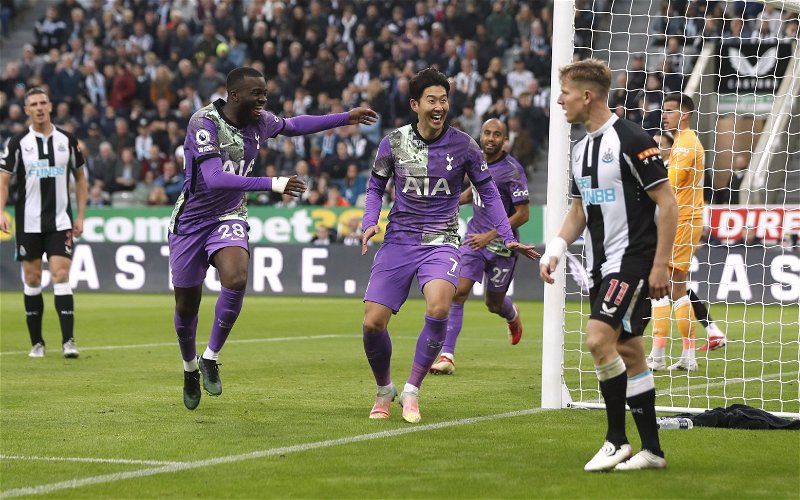 It doesn’t exactly take a genius to work out that Newcastle have struggled defensively this season. Indeed, no team have conceded more often than Steve Bruce’s side this season and, according to WhoScored data, only Brighton have allowed more shots against their goal per game (18.6).

Few will need reminding that there was a chronic lack of investment over the course of the summer with former owner Mike Ashley refusing to release any extra funds despite Bruce’s interest in Tottenham Hotspur’s American international defender Cameron Carter-Vickers, who joined Celtic instead.

Still, despite that, Rafa Benitez’s time at St James’ Park proved Newcastle’s set of defenders do have another level, albeit working with relative little quality clearly does not help Bruce.

What did Carragher say about the defence?

“They either don’t get pressure on the ball in midfield or people get behind and are at the back four,” he said.

“This back four [the quartet who started the game] is a Championship back four.

“These players [Javi Manquillo, Jamaal Lascelles, Ciaran Clark and Matt Ritchie] were all playing in 2017 in the Championship for Newcastle.

“They’re not good enough at this level. ”

What do the statistics say?

Not only do Newcastle allow a stupidly high number of shots at their goal, they average the second-lowest number of interceptions (11.6, via FBREF) per game in the division. For context, Manchester City average fewer but, clearly, they dominate possession so often it’s hard for their opposition to get the ball off of them.

Only four teams – Burnley, Everton, Watford and Brentford – average less possession than Steve Bruce’s side (42.3%) in the Premier League and two of those are newly-promoted. The other two (Burnley and Everton), meanwhile, would appear to have more resolute defences.

So, in short, Newcastle are a team who don’t hold onto the ball, win it back or stop the opposition from having a shot on goal.

For those reasons, as well as the lack of investment, it’s hard to disagree with Carragher.