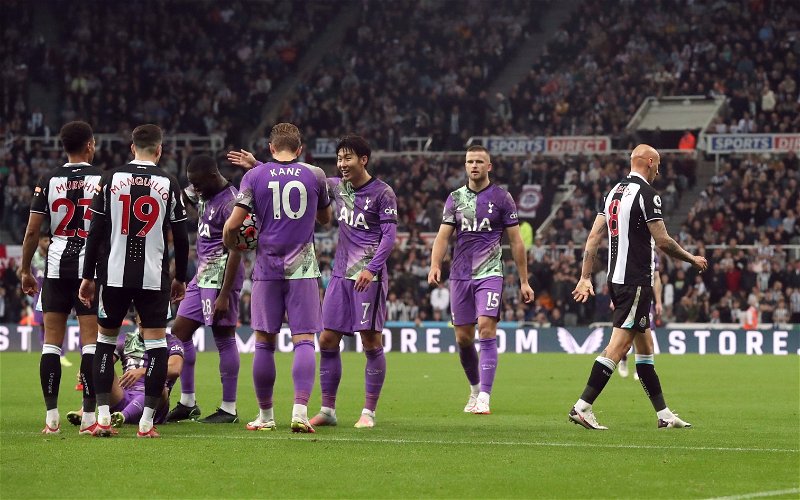 The midfielder made an awful return to the side following a calf injury by coming on as a second-half substitute against Tottenham Hotspur. Booked twice and duly given his marching orders within 23 minutes, the 29-year-old was criticised by club legend Alan Shearer.

According to WhoScored data, the midfielder – Newcastle’s senior ball-playing option there – touched the ball only 13 times, the lowest of any outfield player on the pitch to have played for more than 15 minutes.

What has been said about Shelvey’s future at Newcastle?

Under contract until the summer of 2023, Robinson suggested the new regime at St James’ Park would look to move the former England international on.

“That is a silly, stupid foul that did not need to be given away,” he said.

“When your team is struggling, as Newcastle are, the last thing you need is to be playing with 10 men.

“I cannot see him being offered a new deal.

“There is going be huge change coming up there and he is one that will make way. Newcastle are in the position they’re in because the team is not good enough. There’s not enough quality in that squad.

“Would Shelvey get into any of the top six or eight sides? No he wouldn’t. You don’t keep players like that around.”

Would that be a good idea?

Shelvey has rarely fully convinced despite boasting the kind of ability that had talkSPORT pundit Danny Murphy praising him in May 2020, failing to capitalise on the potential that saw him join Liverpool at 18 years of age from Charlton.

Should the new owners invest, it’s not hard to imagine a more reliable option being brought in.

For now, however, Newcastle simply don’t have a midfielder like him. Granted, Shelvey can be volatile but he has proven useful at times under Steve Bruce, being the only central player to average more than 1.2 key passes (via WhoScored) in the two full seasons he’s been in charge.

If the team are going to stay in the Premier League this season, they need their better players available. Aside from that, Shelvey won’t be missed.