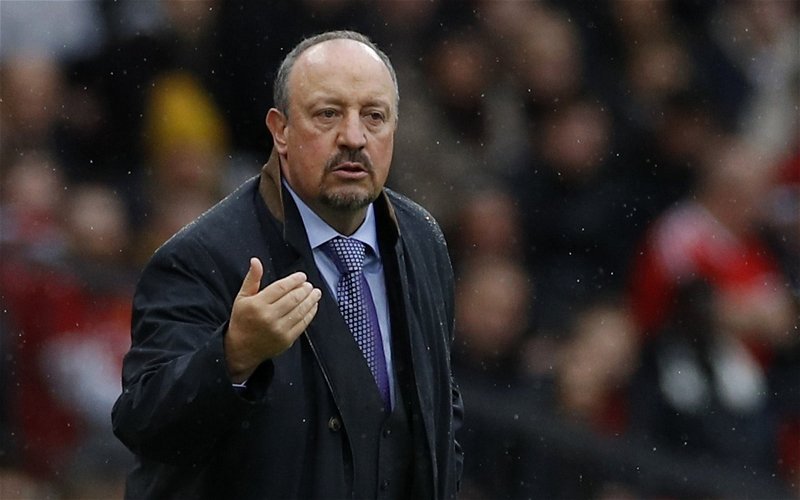 Rafa Benitez has ruled a dramatic quick return to Newcastle United, according to The Northern Echo.

While the Spaniard had already left his post when initial news of the Saudi Arabian takeover first emerged in 2020, he had been strongly linked with a return to St James’ Park. A hugely popular figure amongst the club’s support, director Amanda Staveley was believed to be keen on bringing him back, although the situation dragged on and Benitez joined Everton earlier this summer.

Although reports from Football Insider recently suggested the new regime would at least try to gauge how likely the prospect of him leaving Goodison Park would be, Benitez himself is said to have categorically ruled out moving at this stage.

Is this a blow for Newcastle’s new owners?

If Benitez were out of work, it would seem like a no-brainer to appoint him.

Still, and while not to do a disservice to the work he did on Tyneside, perhaps it’s better to look forward. The likes of reported targets Graham Potter and Brendan Rodgers arguably play a more attractive brand of football while Antonio Conte (who NBN understand has been approached) is one of the most successful managers of the last decade.

That’s not to say Newcastle would be able to land any of those names but, with a new regime in place, looking forward rather than back seems like a good idea. As good a job as Benitez has done (and likely would do with more investment), this is time for a fresh start now that the Mike Ashley era is finally over.

What has Benitez said about a Newcastle return?

When appointed manager of Everton, Benitez did reveal that he had expected something to happen on the Newcastle front during his time out of the game. Still, at the time of his comments, the takeover looked dead in the water.

“I was following them [Newcastle United] when I was in China.

“I was in contact with a lot of people.

“I was expecting maybe something will happen.