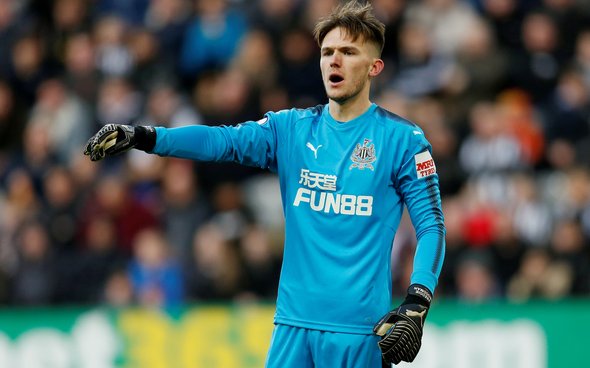 With Marcelo Bielsa having allowed Kiko Casilla to leave the Yorkshire giants on loan ahead of the new season, Leeds are understood to be on the lookout for a new stopper.

Indeed, Woodman is said to have snubbed the idea of a loan move to Elland Road (albeit one with a view to a more permanent arrangement in 2022) as he does not want to continue acting as a back-up to an established No.1. After two successful loan spells at Swansea City (in which he amassed the ninth-highest save percentage last season, via FBREF), it seems the 24-year-old wants to progress in his career.

What did Mills say about Woodman?

The former Leeds star urged the club to make a move for the England U21 international.

“Freddie’s a very good goalkeeper and would love the opportunity to challenge. Leeds would be perfect for him, it would be very, very good for both.

“There might have been a case of a loan move with an option to buy but I think he’s like ‘If you want me, get it done.’ And rightly so. He’s had enough loan moves.”

Who else has been linked with Woodman?

Championship side Bournemouth were thought to have lined up a deal to bring him down to the south coast on loan as they geared up to sell Asmir Begovic. However, an injury to Martin Dubravka (who has largely ousted Karl Darlow as Steve Bruce’s No.1 choice at St James’ Park) has seemingly blocked that deal for now.

What has Woodman said about his status at Newcastle?

Woodman, despite featuring prominently in England’s success at youth level over the last few years, has only ever played four senior games for Newcastle.

In February, he told The Athletic that he was keen to force himself onto first-team proceedings on Tyneside.

“That’s why I’ve signed long-term at Newcastle,” he said.

“Wherever I go to or whatever I do, I want to know, ‘This is the best of me, I can’t give any more’. I’d love that to be as Newcastle’s No 1 but that moment certainly isn’t now. My ambition right now is to continue proving I deserve to be Swansea’s No 1.”